Vaughn H. Selby, 79, of Lansing, NY, passed away peacefully on Wednesday, January 5, 2022 at Oak Hill Manor Nursing Home in Ithaca, NY, with his family by his side. Born on July 13, 1942 in Burlington, VT, he was the son of the late Howard and Helen Selby. Vaughn earned his Bachelor’s and Master’s degrees at the University of Vermont, and went on to complete two years of graduate work in physics at Cornell University. He was a longtime employee of Ithaco, Inc. until his retirement as Chief Aerospace Engineer in 2002. After retirement, he continued to work as a consultant.

Vaughn had a passion for aviation and enjoyed building and flying model airplanes. He was a longtime member of the Ithaca Radio Control Society. He was also a Master Mason and member of the Mount Mansfield Lodge #26 in Jericho, VT, for over forty years. Vaughn’s other hobbies included fishing, hunting, and camping, and he was a history buff who loved to read. Anyone who knew Vaughn would agree that he loved to tell jokes and laugh, and that he truly enjoyed spending time with his family. He had a great love of music and shared this with his grandson, Zakaiah.

Vaughn is survived by his wife of 50 years, Arlene (Fenton) Selby; children, Mary Seymour (Steve), Orry Ray Selby, and Jonathon Selby; and grandchildren, Amanda Gregg (Chris), Melissa Seymour (Roy Bergmark), Ryan Seymour (Tori Spalding), and Zakaiah Kasian. He also leaves behind a large extended family, including Kati Batty and her children Ziyahliyah and Deyviaun; niece, Tine Selby; and nephew, Kenneth Selby (Debby) and their son Kristopher. He was a father and grandfather figure to many others. In addition to his parents, Vaughn was preceded in death by his daughter, Allison Stratton, in 2010.

Friends and family are invited to a period of visitation on Friday, January 14, 2022, from 12:00 to 1:00 p.m. at Lansing United Methodist Church, 32 Brickyard Road, Lansing, NY 14882. A memorial service will begin at 1:15 p.m. at the church and will be livestreamed on the church’s YouTube Channel. The family will hold a private burial service at a later date. Lansing Funeral Home is assisting the family.

To plant memorial trees or send flowers to the family in memory of Vaughn Selby, please visit our flower store.

I played tenor sax like you . I remember going to the park in Lyndonville to listen to you play your horn & sing in a quartet. Rest in heaven Uncle Vaughn. Love you, Tena

I was hired by Vaughn to work at ITHACO in 1987, immediately after he interviewed me in his completely enclosed office, while casually puffing on his pipe. His only reservation on hiring me at the time was that he suspected I would leave after my wife completed her graduate program, like the previous mechanical engineers he had hired. He was absolutely correct in thinking that was my plan, but the joy of working with him and everyone else at ITHACO kept me there for nearly 30 years.

I must say Vaughn was one of the most creative Chief Engineers I have ever met. He inspired so many aspects of our designs and never took credit. He also had a personality larger than life. Watching him do spacecraft attitude gymnastics using his entire body, including waving his arms in circles to simulate the field of regard of conical scanning Earth sensors, was a sight to behold. His famous quips included "adding a little Kentucky Windage" to the conclusions of a highly detailed analysis followed by licking his finger and pointing it in the air; accusing technicians of being "Charles Atlas" when something in the lab was over-tightened; and literally scratching the side of his head when he was describing some technical problem or data set that just didn't make sense to him. He was a master of solving technical problems using not much more than common sense, and his creative designs, he was proud to claim, simply came from "Vermont Yankee Ingenuity."

Vaughn loved playing cards, especially Hearts nearly every lunch hour. To sum him up as a person, he was "Outstanding in Spades!" as he loved to say, only surpassed by his huge Heart of pure Gold. He will be sorely missed.

Mary and family I'm very sorry for your loss.

The Ithaca Radio Society is saddened by the loss of a member. He will always be remembered with a Memorial Flight each year in Vaughn's Honor.

Worked with Vaughn many years at Ithaco. His brilliance, compassion, and sense of humor will be greatly missed.

I worked with Vaughan at Ithaco in the late 70's early 80's. It's his pipe and that contagious laugh I remember. Condolences to his family.

A candle was lit in memory of Vaughn Selby

A photo was added for Vaughn H. Selby 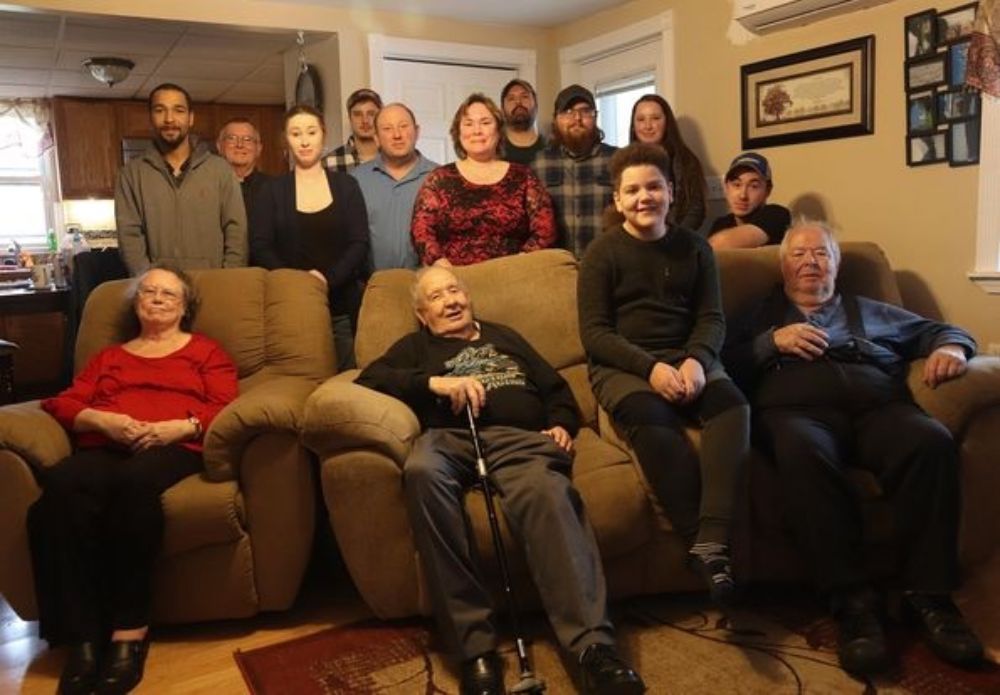 Special Instructions: Masks will be required.

Special Instructions: Masks will be required.