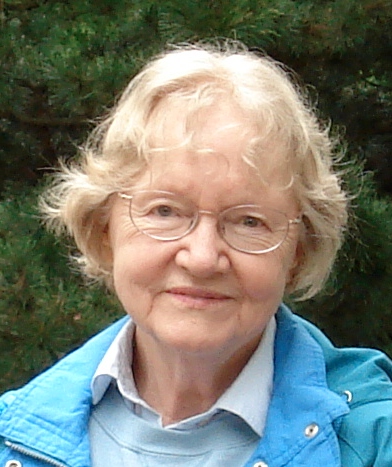 Shirley E. Wirth, of Ithaca, N.Y., age 86, died peacefully at home from complications of dementia on June 27, 2021. She was attended by loving family members.

She was born to Wanda and Adrian Brooks in Lake City, Mich., in 1934. The family then took up residence in Evart, Mich., where she grew up. She had adventurous early years living in a house trailer while her father worked in the Willow Run bomber factory during World War 2. She graduated from Evart High School in 1951 and then attended Davenport Institute, where she studied office management, business machines, and business English. Subsequently, she worked in several secretarial positions.

She married Robert L. Wirth in 1957, and they lived in Lansing, Mich., for three years as he finished his engineering degree at Michigan State University. While they were there, their first son, Eric, was born. In 1961 they moved to Dayton, Ohio, where their second son, Randy, was born. In 1973 the family moved to Ithaca, N.Y., a place she cherished for its natural beauty and cultural riches.

She had paused her office career in 1959, with the birth of her first son, and she resumed it in 1973, taking positions at Cornell University that culminated in twelve years of service as the executive staff assistant to the university counsel (1978–90).

Shirley was extraordinarily devoted to helping others. While in Ohio, she volunteered to care for patients at the Dayton State Hospital and young people at the Bergamo Center for Developmentally Handicapped Children. After moving to Ithaca, she volunteered for Camp Fire Boys and Girls in 1990–93. For the next ten years, as part of Literacy Volunteers of Tompkins County, she gave immigrants and refugees one-on-one instruction in the English language and American customs. This effort earned her the Henry Cowan Outstanding Tutor Award in 2002 and the fervent gratitude of many new citizens. She also volunteered for years at Cayuga Heights Elementary School, giving lessons in sewing to innumerable children.

A passionate quilter, she was a member of the Tompkins County Quilters Guild from 1997 to the end of her life, chairing the guild’s 1999 exhibition. Her other interests included collecting early lighting devices (especially antique oil lamps), reading mountains of books, traveling, camping, and hiking.

Shirley had a questing spirit and touched many lives with her kindness. She is survived by her husband, Bob; her sons, Eric and Randy; two granddaughters, Caitlin and Emily; and her sisters, Eloris and Denise.

Funeral services and burial in Pleasant Grove Cemetery, Ithaca, will be private. A memorial service will be held at a future date, to be announced.

Contributions in honor of Shirley may be made to Tompkins Learning Partners or the SPCA of Tompkins County.

To order memorial trees or send flowers to the family in memory of Shirley Elaine Wirth, please visit our flower store.