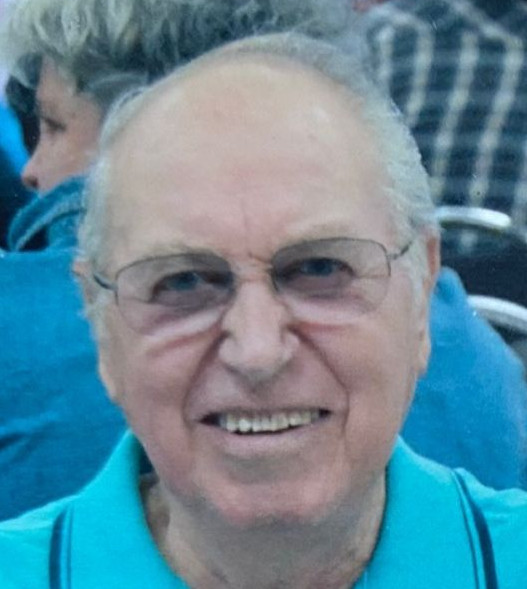 Rudolph Nicholas “Rudy” Christopher, 92, a lifelong resident of Lansing, NY, passed away peacefully at home on November 27, 2022.  Born August 1, 1930 in Portland Point, NY, he was the son of the late Frederick and Mary (Vass) Christopher.  Rudy was a 1948 graduate of Ludlowville School and was drafted into the US Army in 1951, serving in the Army Airborne until receiving an honorable discharge in 1953.  Several months later, he married Kathleen Eloise “Kitty” Sweetland on December 31, 1953. Rudy and Kitty spent their entire marriage together in the home they built on Atwater Road.  In 1963, he founded Cayuga Signs, Ithaca, NY, a business he and Kitty operated together until their son, Craig, took over.

Sports were an important part of Rudy’s life; he was an all-star baseball, basketball and football player in high school, and he continued to play baseball during his time in the Army.  He also had a passion for horse racing, winning often and becoming a handicapper.  Rudy and Kitty enjoyed country dancing and were longtime members of the Polka Club in Elmira, NY.  He was a former member of the Lansing Lions Club and active member of the American Legion Carrington-Fuller Post 800 in Groton, NY, for over 60 years.

In keeping with Rudy’s wishes, he will be buried in a private family ceremony at Calvary Cemetery, Ithaca, NY.

Rudy’s family is eternally greatful for the caregivers who made it possible for him to remain at home, especially his granddaughter, Karen, who was his biggest supporter.