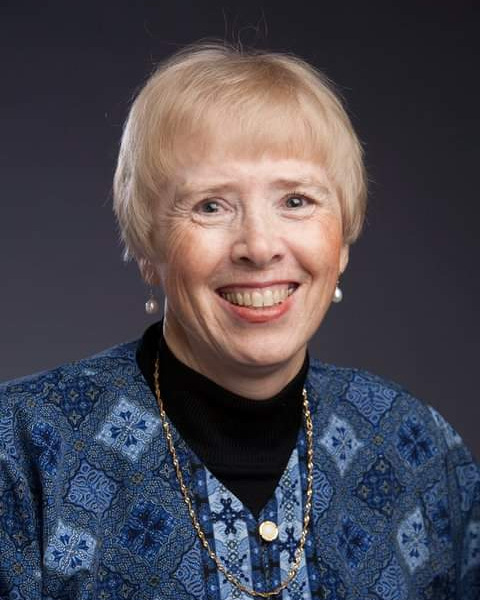 Rosemary Caffarella, aged 76, passed away at her home in Ithaca, NY on December 30, 2022, following a long struggle after suffering an hemorrhagic stroke almost 7 years ago.  She was born February 19, 1946 in Hackensack, NJ to the late Richard W. Shelly and Rose Mabel Pomeroy Shelly of Waldwick, NJ.

Rosemary attended school in Waldwick right next door to where she lived.  From an early age, she showed a passion for learning.  Sometimes she would go in with the kindergarten class from recess before she was old enough to attend.  She graduated from Midland Park High School, a regional school.  She graduated from Springfield College in 1968 and earned her M.S., Ed.S. and PhD from Michigan State University.  She became an international leader in the field of adult education.  She held faculty and administrative positions at the University of Maine, Virginia Commonwealth University, University of Northern Colorado and retired as Professor emeritus of adult and extension education from Cornell University.  Rosemary was adjunct and visiting professor, lecturer, and scholar at universities worldwide, keynote speaker at many conferences, and held leadership positions in numerous professional organizations.  She has written over 14 books, 35 refereed journal articles, 60 papers in proceedings and numerous non-refereed articles. Her award-winning book, Learning in Adulthood, has been translated into Chinese, Japanese and Korean.  She mentored men and women from around the world and chaired many Doctoral committees over her 40-year career.  She received numerous special recognitions including Alumni of the Year at Springfield College, Malcolm Knowles Award for contributions to self-directed learning, twice the Cyril Houle Award for Outstanding Literature in Adult Education and being inducted into the International Adult and Continuing Education Hall of Fame located at the University of Oklahoma.

Rosemary, a breast cancer survivor, brought groundbreaking change to the education and screening of breast cancer for women in Malaysia.  She was the CO-PI for the Malaysian Breast Cancer Project.  Major outcomes of the project were translating breast cancer materials, developing support groups for women, and building a large community of volunteers and co-hosting the first National Summit on Breast Cancer Education that led to legislation ensuring access to screening mammograms to Malaysian women.

When their family was young, they traveled across the country camping, overseas to Europe and spent part of every summer in Bar Harbor, ME with the families of college friends.  Later they enjoyed their cottage at Keuka Lake.  As part of their teaching, consulting, and personal lives, they traveled to Canada, Australia, Malaysia, Nepal, Western and Eastern Europe and other places around the world.

She was a devoted wife, loving mother, attentive grandmother and ardent friend. She was confident, caring and supportive.  She was a strong leader, wise counselor, and compassionate advocate.

A graveside service will be held in the spring at the Riverside Cemetery in Saugus, MA.  In lieu of flowers, please make a contribution to the “Rosemary E. Shelly and Edward P. Caffarella Scholarship” at Springfield College, 263 Alden St., Springfield, MA  01109; or your favorite charity.

To order memorial trees or send flowers to the family in memory of Rosemary S. Caffarella, PhD, please visit our flower store.