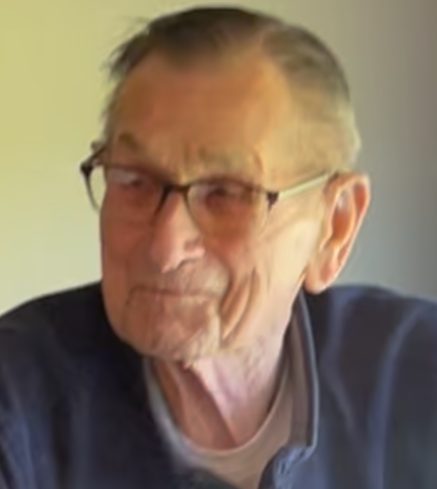 Robert E. Spencer, 91, of Groton, NY, passed away following a period of declining health on Friday, September 17, 2021, at Cayuga Medical Center, Ithaca, NY. Born in Portland Point, NY, he was the son of the late Sherman and Helen (Farkas) Spencer. He attended Groton Schools and was given an honorary diploma. Bob joined the US Army in 1952 during the Korean Conflict and was honorably discharged in 1954. During this time, he married the love of his life, Theresa Stukitz, on Valentine’s Day, 1953. Bob retired in 1988 as the supervisor of maintenance at Cargill in Lansing, NY, after 43 years.

Bob had many hobbies, including golf, hunting and fishing (especially with his son, Jamie), bowling, gardening, and canning. He loved to travel and he and Theresa visited Europe, took many cruises, and visited numerous states in the US—their favorite being Austria. He was also a distinguished member and five-time recipient of the Cargill Knights of the Round Table and was recognized for outstanding work and dedication to the company. Nothing was more important than the time he spent with his wife, children, grandchildren, and great-grandchild.

Friends and family are invited to a period of visitation on Saturday, September 25, 2021, from 9:30 to 11:30 a.m. at All Saints Parish, 347 Ridge Road, Lansing, NY 14882. A Mass of Christian Burial will be celebrated by Reverend Jorge Ramirez following the visitation at noon. Private interment will be in Calvary Cemetery, Ithaca, at a later date.

In lieu of flowers, contributions in Bob’s memory may be directed to All Saints Parish at the address above.

To order memorial trees or send flowers to the family in memory of Robert E. Spencer, please visit our flower store.