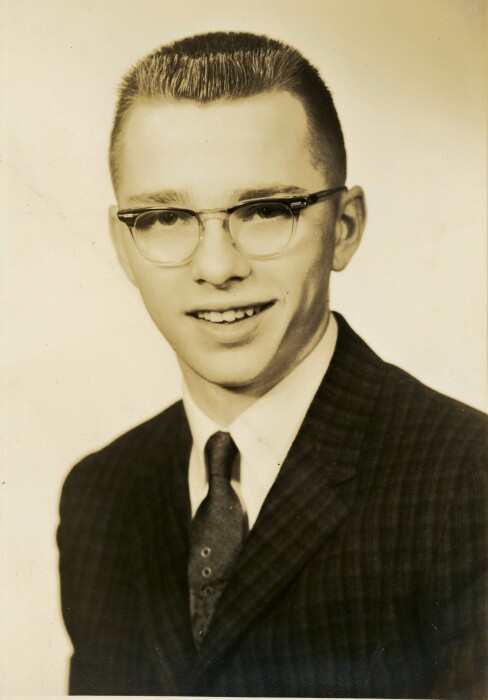 Richard ”Rich, Dickie” Lee Hollister, age 76, of Lansing, NY passed away Friday, June 19, 2020 with his family by his side at the Misty Glen Rehabilitation Center in Cortland, NY following a 6 month battle since having heart surgery in January. Richard was born on December 12, 1943 in New Brighton/Beaver Falls, PA to Robert E. Hollister and Matilda “Tillie” F. (Nytra) Hollister. At a young age, Richard and his family moved to Ithaca, NY where he became a “Fall Creeker”.

Richard graduated from Ithaca High School in 1961. Upon graduation he joined the US Army Reserves where he honorably served his country. A lifetime worker in the restaurant industry, he was a cook at Manos Diner for nearly 30 years before his retirement.

An avid sports fan, Richard could be found attending many local sporting events.  He was a strong supporter of Lansing Bobcat Athletics, especially Lansing’s Football, Baseball, Softball and Wrestling programs.  He was also a proud supporter of Central Outlaws Hockey program. His proudest moments were spent watching his children and grandchildren participating on the athletic stage. He was a lifetime fan of Cornell Hockey, Ithaca College Football and Baseball, the New York Yankees, Buffalo Bills and Sabres, and Syracuse Football and Basketball.  He loved to watch sports and talk about them with anyone who would listen, which led to his nickname of “Facts”. He loved music and especially looked forward to Music in The Park at Myers Park in Lansing. He had a gift for gab and would talk with anyone. Whether it was talking with the staff at Tops or the postal clerk at the post office, he loved to carry on a conversation. His infatuation with the weather and its ability to change in CNY several times an hour led to another nickname of “Doppler Dickie” by family and friends. He loved being around people which led him to a local tavern or two to enjoy a beer or two….

Family gatherings were his favorite and being around his family was what meant the most to him. Although he may have never told them directly, he was profoundly proud of his children and grandchildren’s exploits whether it be on the field, stage, or classroom, and would boast of their accomplishments to others.

A celebration of Richard’s life will be held on July 4, 2020. Please contact Melinda Sweazey @ mss7@cornell.edu or Scott Hollister @ Slhollister@aol.com for details. Contributions in Richard’s honor can be made to the Lansing Athletics Booster Club, Lansing Parks and Recreation Department or the Franziska Racker Center. Richards family would like to thank the caring staff at Misty Glen Rehabilitation for their care and compassion, especially Rob Rosolanko, Becky Whal, Lynn Gehr, Grace Prentice and many others for providing comfort to Rich during his stay there.

To order memorial trees or send flowers to the family in memory of Richard L. Hollister, please visit our flower store.