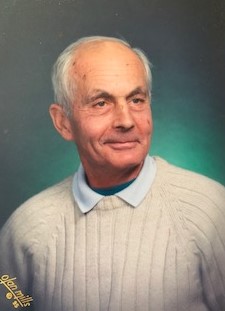 Raymond Martin (Hansen) Aasen, 89, of Lansing NY, passed away at home on November 1, 2020. Raymond was born in Brooklyn, NY on April 6, 1931 to his parents, Esther (Krogh) Hansen and Martin Hansen. Raymond and his siblings, Jean and Arthur, traveled with their mother back to her homeland of Norway when he was two years old. Raymond grew up in Oslo, Norway, returning to New York when he was 18 years old. He married Gerd H. Syversen (of Follebu, Norway) in 1954. After Raymond’s graduation from Cornell University in 1956, Raymond and Gerd moved to Lansing, New York where they purchased and managed a successful dairy farm and raised four children. Raymond was active in the community and a member of the Lansing United Methodist Church. During part of his retirement, he lived in Lake Placid, taking advantage of winter sports.

Raymond was a gentle leader. He did not boast, but showed strength, spirit, compassion and love. He was proud of his Norwegian heritage and of his American citizenship, remaining interested in the affairs of both countries for his entire life. Like our mother Gerd, he also had to endure the terror of the Nazi occupation of Norway as a child. Recently, he told us that May 8, 1945, when the German forces surrendered their weapons, was the happiest day of his life. He loved this country; he loved Norway too.

Raymond modeled and taught his children and grandchildren his intrinsic values of love, compassion, inclusion, hard work, competitiveness and so much more. He provided, along with Gerd, the intangibles of fresh air, space to run free, family, faith and love. We remember, that, throughout his life, Raymond was always ready with a smile and a kind word. During his retirement, Raymond pursued his love of winter sports (downhill and cross-country skiing and ski jumping in his sixties). He participated in the New York State Empire Games in both ski jumping and cross-country ski races, became a member of the United States Masters Ski Jumping Team, traveling to Norway in 1996 to compete. He also entered cycling races (in his 70s), continued long lake swims, taught ballroom dancing classes and hiked the Adirondack Mountains, becoming a member of the ADK 46ers; hiking all 46 peaks during his 70s and 80s. Throughout his life, he remained a steady and peaceful presence and was always ready for a healthy discussion of both domestic and world politics. He hoped and prayed for peace and justice.

In lieu of flowers, please consider a contribution to the Food Bank of the Southern Tier, online at www.foodbankst.org, or 388 Upper Oakwood Ave., Elmira, NY 14903.

A virtual memorial service will be announced in the near future.

To order memorial trees or send flowers to the family in memory of Raymond Martin (Hansen) Aasen, please visit our flower store.