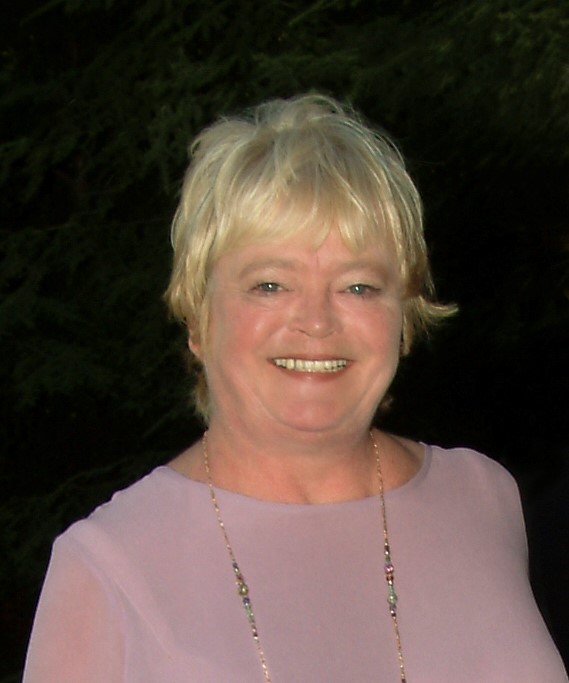 Nora Anderson Ettinger, 70, of Lansing, NY, died Sunday, November 17, 2019. A native of Ithaca, NY, and a 1966 graduate of Ithaca High School, she was a New Year’s baby and this Thanksgiving would have marked her 40th wedding anniversary to her beloved late husband, Jack Ettinger.

Nora retired from The Cornell Lab of Ornithology after 25 years of service. During her career, she played a key role in building the Lab’s outreach through years of expansion marked by the building of the Imogene Powers Johnson Center for Birds and Biodiversity. She had a love for the Finger Lakes Kennel Club, and raised champion Bernese Mountain dogs, as well as Tibetan Spaniels. Nora and Jack never missed the opportunity to watch her sons play football, basketball or baseball. When her sons went on to the collegiate level, Nora and Jack made it a priority to cheer on their sons at Le Moyne College, Canisius College, and Clarkson University, where her sons lettered in various sports. Nora was an active member of the Red Hat group “Gorges Gals." The friendships spanned a lifetime; some from grade school, some newly formed over long lunches and a good chat. She looked forward to the companionship and the opportunity to show off the latest picture or news about her grandchildren, whom she adored.

Nora is survived by her four children and their spouses, William (Emily) Kerry of Lansing, NY, Maxwell (Courtney) Kerry of Rockford, MI, John (Jill) Wade Ettinger, Jr. of Nashville, TN, and Jessica Ettinger of New York City. Her nine grandchildren were the lights of her life and will remember her in all that they do: Trevor, Connor and Anderson Kerry, Ryan and Elise Kerry, Jackson and Carter Ettinger, and Zachary and Joshua Gottesman. In addition she is survived by her sisters Inga (Frank) Golay and Maureen (Raymond) DeForest, countless nieces, nephews, cousins and friends. Nora was preceded in death by her sons, Kevin and Keith Riggs, her loving husband, John “Jack” Ettinger, and her sister, Greta Simcoe.

Visitation will be held on Wednesday, November 27, 2019 from 1:00 to 2:00 p.m. with a celebration of Nora’s life immediately following at Lansing Funeral Home, 32 Auburn Road, Lansing, NY 14882. The family will host a reception following the celebration of life.

To order memorial trees or send flowers to the family in memory of Nora Anderson Ettinger, please visit our flower store.