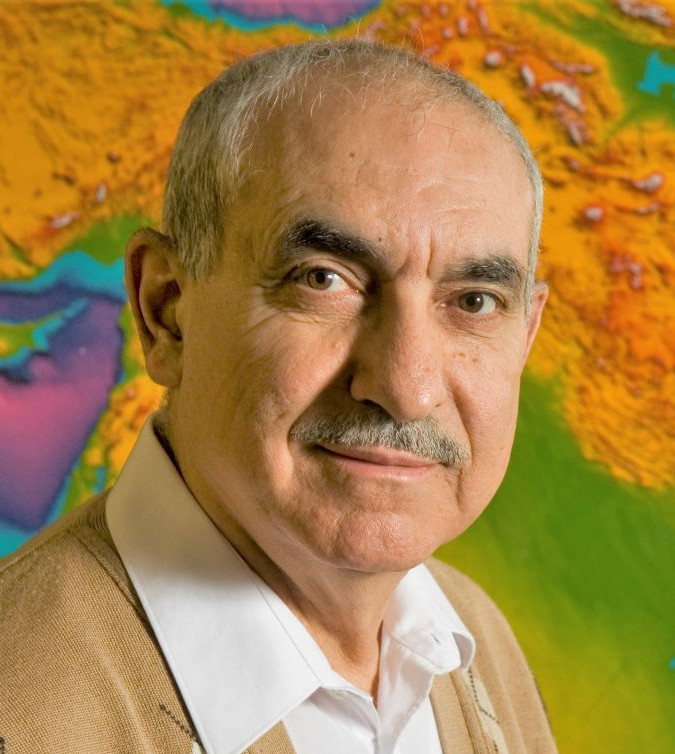 Dr. Nimat Hafez Barazangi, Dr. Nobl Barazangi and Mr. Isaac Smith sadly announce the passing of our dear husband and father, Dr. Muawia Barazangi. He passed away on March 30, 2022 and was laid to rest in a small, family funeral on March 31, 2022 according to Islamic tradition in Ithaca, NY in the presence of his beloved brother Dr. Zeyad Barazanji and his wife Rawaa Sadaat, and dear nephew Dr. Majed Barazanji. He is additionally survived by his brother Bade’e and sister Hind and his adoring granddaughter Safa Smith Barazangi.

Muawia Barazangi was born to Badeah Sukkar and Muhamed Nor Al-Deen Barazangi in 1941. He grew up in the city of Damascus, Syria, a notebook always in his hand. He graduated from the University of Damascus with a bachelor’s degree in Physics and Earth Sciences with distinction in 1965. Subsequently he received a scholarship from the University of Minnesota to pursue his higher education, earning a master’s degree in Applied Geophysics in 1967.  Following graduation, he received a scholarship from Columbia University, Lamont-Doherty Earth Observatory in New York City earning a doctorate in Seismology in 1971. He is recognized as the first scientist to produce a digital global seismicity map in 1968.

Dr. Barazangi continued his research at Cornell University in Ithaca, NY, where he was invited to become a Research Associate in 1971, eventually attaining the rare title of Senior Scientist, and his subsequent promotion to Full Professor at the department of Earth and Atmospheric Sciences. He served generations of students even after his retirement into a Professor Emeritus position. His most renowned research at Cornell was on seismotectonics at regional and global scales, including seismicity of the earth, geometry and structure of subducted plates at converging plate boundaries, intraplate structure and tectonic activities, active continental collisions zones, historical earthquakes, paleoseismology and trenching of active faults, and evaluation and assessment of earthquake hazard. He also initiated and participated in the development of a comprehensive Geographic Information System (GIS) for the Middle East and North Africa.

His research spanned the world from the South Pacific (Tonga, Fiji, and Vanuatu), to the rugged Northern California coast, from the Himalayas to South America. Most of the last 25 years of his research focused on the Middle East, specifically Syria and Lebanon and North Africa, particularly Morocco. He was instrumental in training innumerable graduate students, research staff and scientists, mentoring them in assessing the probabilities of earthquakes in order to raise awareness among officials and environmentalists about the risks and the imperative of enacting building codes. As important, he mentored researchers in analyzing the data and writing scientific reports, helping them to author and coauthor over 130 research papers in numerous and diverse refereed scientific journals and edited monographs.

Muawia, as he preferred to be addressed, was a humble human, generous, trustworthy, truthful and exceedingly principled person with a witty and at times mischievous sense of humor. One key value he displayed in his scientific work and in his personal relationships, was treating with respect all people, from all walks of life. He was loved and respected across the world, wherever his research brought him. When asked he always gave as the most important advice, specifically to the younger generation, to read and learn in all subjects and not only their narrow discipline, and first and foremost to be open-minded, and to think critically for themselves, and not to simply accept the status quo—he advocated pushing one’s self and reaching for the most challenging questions of our time.

In lieu of flowers, the family has asked for contributions to Cornell University’s Institute for the Study of the Continents, which Muawia helped found and guided through much of his career. Contributions can be made via this link. Please indicate that this in honor or memory of Muawia Barazangi, and type “INSTOC” in the “other designations/special instructions” box.

To order memorial trees or send flowers to the family in memory of Muawia Barazangi, PhD, please visit our flower store.