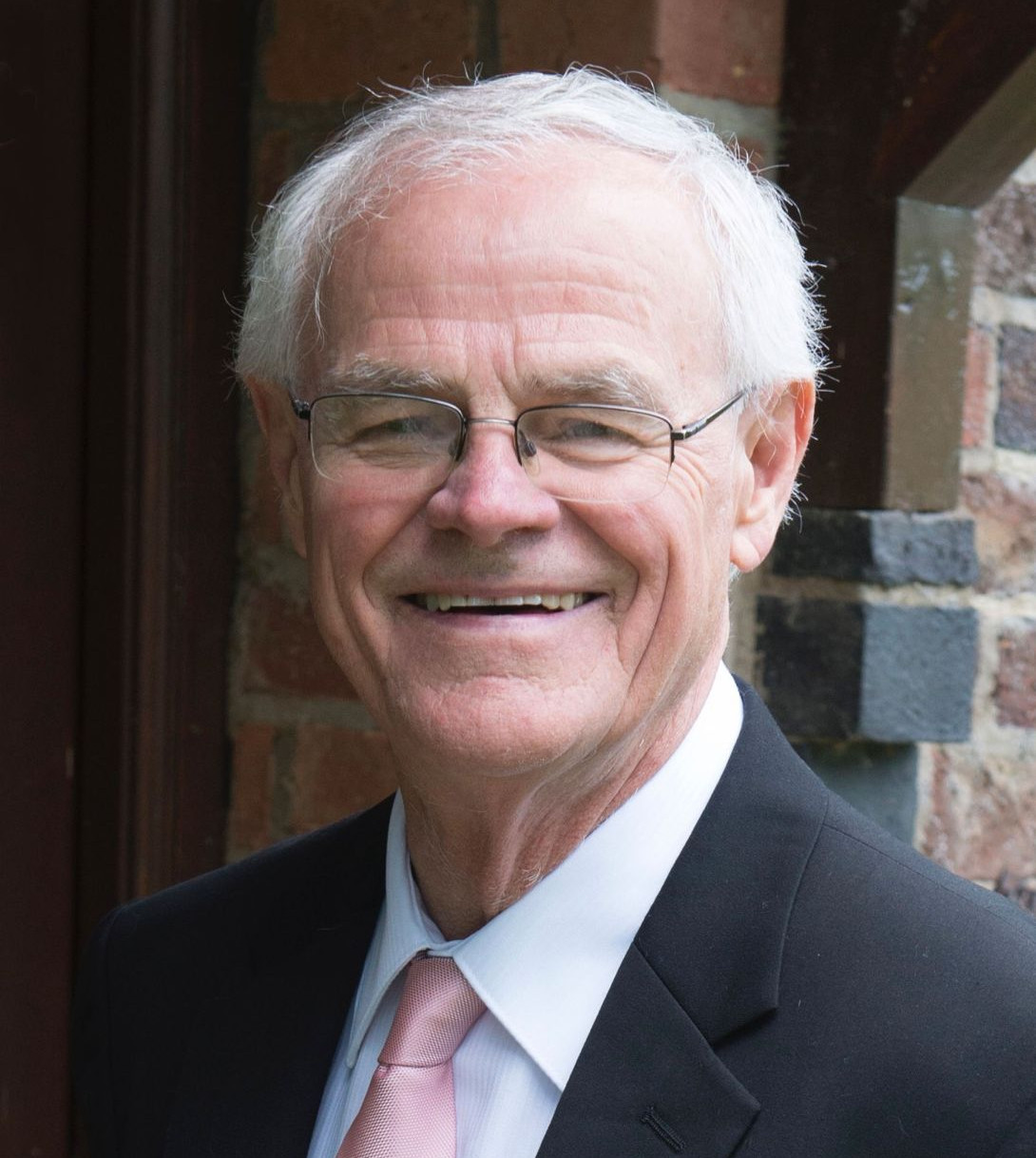 To view the livestream of Mike's memorial service at Lansing United Methodist Church, please visit the church's YouTube Channel by clicking here. Services will begin at 1:00 p.m. on Saturday, November 27, 2021.

Michael Faivre Walter, born on December 5, 1945, was the 6th of 8 siblings who grew up on their family farm in DeKalb, IL. He married his high school sweetheart, Dianne, who was smitten the moment his radiant smile revealed those deep dimples. They moved to Urbana, IL, where Mike studied at the University of Illinois and the couple began their family. After a brief period working in Springfield, IL, where they suffered the loss of their first daughter Tamara, Mike earned his PhD at the University of Wisconsin, and their family continued to grow. Dr. Walter began his tenure at Cornell University in Ithaca, NY, in 1975 as a Professor of Agriculture and Biological Engineering (ABEN), specializing in irrigation, soil, and water conservation.

Mike and Dianne built a home in Lansing, NY, where they raised seven children. The farmer in Mike was indelible, and their home included a small hobby farm (although Mike maintained that it was not truly a farm since it lost money) and many acres of forest, fields, and wetlands. Mike loved the land. He could often be spotted working tirelessly outdoors wearing well-worn jeans, carrying a bucket that seemed to have endless uses, and always, always smiling. Clumps of strange plants planted throughout his property (and sometimes on others’) testified of his drive to cultivate and grow. He eagerly shared a newly discovered bloom or unique mushroom with anyone who strolled through the woods and gardens with him, and he continued to raise laying hens until he died.

His distinguished 40-year career at Cornell included making his mark as a beloved professor and serving over 15 years as a transformative Department Chair of Cornell’s world-renowned ABEN department, which he changed to Biological and Environmental Engineering (BEE), a change that reflected his value of environmental protection. He retired in 2017 having advised hundreds of students who, along with his colleagues, were universally touched by his humor, empathy, and humility. He retained the title Professor Emeritus.

Mike traveled throughout the world sharing his knowledge and concern for the environment. His travels included numerous countries in Asia, Africa, and South America, earning him the moniker of, “Irrigation’s Traveling Man.” In the 1980s, Dr. Walter lived with his family in India for two years working with USAID. Wherever he traveled, the people he met, taught, and with whom he worked cherished that iconic smile and appreciated his patience while he demonstrated how to integrate old systems with new technologies for improved results. Mike’s stories of travel and his deep respect for other cultures inspired his children and even his grandchildren to live and work in wide-ranging locales such as Alaska, Singapore, Chile, Ecuador, Hawaii, Spain, and England.

Even in light of his esteemed career, it was obvious to all who knew Mike that he considered his children and his grandchildren his greatest accomplishments. Through his affection and under his tutelage, they have grown in love and in their appreciation for the land. His mantra, which he ingrained in his entire family, was to “keep smiling,” and when trouble arose, he always would declare, “I never say a word, not a single word” (a line from a favorite family movie).

The humility and love he learned from his sincere, though private, relationship with God permeated every interaction. Whether colleague, student, family member, or friend, each person he encountered felt valued by and important to Mike and left appreciating the land just a little bit more. Mike Walter was a hardworking and gentle man who led by example inspiring others to be the best versions of themselves.

Mike’s adult life started and ended with his life partner of 55 years by his side. He was a devoted husband whose deep love and commitment to Dianne was clear to anyone lucky enough to witness their beautiful love story.

Dr. Walter passed away November 5, 2021, at his home in Lansing, NY, surrounded by his loving family. In God’s perfect timing, this was the last day of harvest on the family farm in Illinois. He was predeceased by his parents, Joseph and Lucile Walter of Dekalb, IL, and his infant daughter, Tamara. He is survived by his wife Dianne (nee Osland); children Michael “Todd” (Christa) Walter of Lansing, NY, Robin (Jay) Regan of State College, PA, Tanya (Stephen) Will of Chesapeake, VA, Heather (Scott) DelConte of Oswego, NY, Ami (Martin) Stallone of Ithaca, NY, Corey Walter of Lansing, NY, and Mahima (Adam) Willis of Leeds, UK; siblings Joseph Walter, MaryLu Strack, Janet Barr, Richard Walter, William Walter, James Walter, and Paul Walter; and his 25 grandchildren.

In lieu of flowers, consider planting a tree or giving a gift to LUMC in Mike’s honor.

Don’t worry, Mike/Dad/Grandpa/Brother, we know you’re smiling, and we will always remember to keep smiling too, even if we’re feeling “about a third.”

To order memorial trees or send flowers to the family in memory of Michael F. Walter, please visit our flower store.