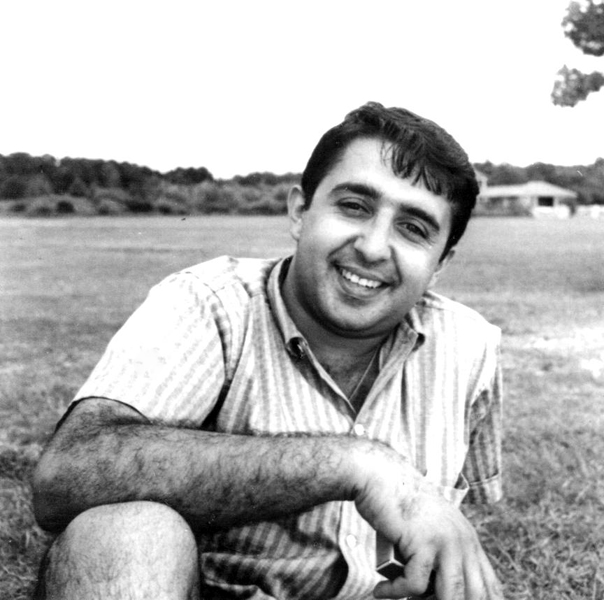 He was born in Corona, Queens, NY on May 22, 1931, to Catherine and Genaro Romano. He was raised with his two brothers, Joseph and Ralph, and his two sisters, Anna and Antoinette.

After graduating High School in 1949, he enlisted in the US Navy where he served aboard the USS Neches and the USS Walker. He was an “Atomic Sailor” involved with the hydrogen bomb tests in the south Pacific.  Afterwards, he served multiple tours of duty during the Korean conflict.

When he left the Navy, he attended Tulane University in New Orleans, LA, graduating with a Bachelor’s degree.  While in Louisiana, in 1956, he met his wife, Marie Campagnolle.  They were married in 1957 at St. Louis Cathedral in New Orleans, LA.

Many people are unaware that Michael had a short career as an actor.  He performed in numerous plays in the Louisiana, appeared in several regional TV shows and played small roles in movies that were filmed in the New Orleans area.  In particular, he was billed as a co-star with Mission Impossible star, Peter Graves in the film, “Bayou” where he played a Cajun fisherman.

Michael and Marie moved to Long Island, New York where Marie taught History and Michael continued his career in book publishing as a sales manager. He would continue in this profession for nearly 40 years working for numerous well-known publishing house such as Avon, Penguin Press, Scribner & Sons, Harcourt Brace.

Michael helped to raise three sons; Michael (deceased, 1997), Robert and Marc.  With Marie, he helped raise their beloved granddaughter, Michelle (daughter of Robert and wife Lana), a Junior at The University of Buffalo.

Michael’s great passion in life and second career was as a gourmet chef.  He trained in NY City for a time under cooking luminary Craig Claiborne, and would continue to hone his skills in numerous styles of cooking.  Over the years he would take his skills into the homes of many people as a private chef and with his family run catering business.

Later in his life, Michael became interested in motorcycling.  He was taught to ride by his two eldest sons and would continue on two wheels until health issues made him hang up his helmet at the age of 87.  He was jokingly called “The Scooter Man” by the staff of local coffee shops that he would frequent nearly every morning.

His love for his granddaughter Michelle was endless.  He and his wife Marie began caring for her from the time she was eight weeks old until just a few weeks ago when he was making muffins for her to take to work.  He passed on his culinary skills, a deep love of books, and his wry sense of wit and humor.

A Mass of Christian Burial will be celebrated by Rev. Joseph Marcoux on Wednesday, July 10, 2019, at 11:00 a.m. at St. Catherine of Siena Church, Ithaca.  A short gathering will be held afterwards at the Pleasant Grove Cemetery followed by a reception back at St. Catherine’s immediately following the cemetery service.

In lieu of flowers, to honor Michael’s love of animals, especially cats, a contribution to the Ithaca or Cortland SPCA in Michael Romano’s name would be greatly appreciated.

To order memorial trees or send flowers to the family in memory of Michael R. Romano, please visit our flower store.