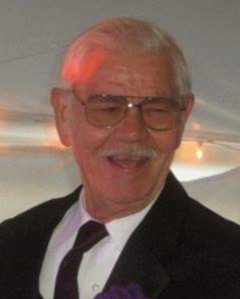 Melvin Eastman, 75, passed away on Tuesday, October 30, 2018, at Cayuga Medical Center as a result of a head injury.  Born September 11, 1943, to the late John and Ethel (Crockford) Eastman, Mel graduated from Lansing High School in 1961.  After serving in the US Army from 1965 to 1967 during the Vietnam Era Conflict, Mel went on to work for Smith Corona, Cargill Salt Company, and he retired as a Rural Carrier with the United States Post Office.

A fan of many sports, especially the St. Louis Cardinals, Mel bowled and played slow-pitch softball for a number of years.

In addition to his parents, Mel was predeceased by siblings Sandra, Sharon, Delores, Lynn, John, Bruce, Chuck, and George.  Mel is survived by his wife of 42 years, Georgia (Wood) Eastman, children Erin (Jamie) Perkins and Graham Eastman, grandchildren Allen and Alexandra Wright, Savannah Eastman, Evan Perkins, and another grandchild he also would have adored due in February.  He is also survived by brothers Ronnie, Bill, and Marvin Eastman and sister Dorothea (Eastman) Watts.

In lieu of flowers, please consider a contribution to Homes for Our Troops at www.hfotusa.org, or a charity of one’s choice.

To order memorial trees or send flowers to the family in memory of Melvin T. Eastman, please visit our flower store.