Liz was born on May 21, 1955 in Rochester, New York and spent most of her youth in the Rochester suburb of Pittsford.  After graduation from Our Lady of Mercy High School in Rochester, she attended the State University of New York at Albany (now the University at Albany) where she earned a B.A. in French and Russian languages.  A highlight of her undergraduate career was spending a study year abroad in Nice, France.

Following college graduation, Liz worked for the French export company Tradimpex at the original World Trade Center in New York City.  She then returned to Albany to earn a M.S. in Accounting.  After completing their graduate studies, Liz and Steve moved to Charlottesville, Virginia where she worked as a Certified Public Accountant for Salley, Weisinger and Company.

Following a sabbatical year in Boulder, Colorado, Liz and Steve settled in Ithaca, their home for the past 33 years.  Liz worked as a financial administrator for Cornell University, first in its Office of Information Technologies and later in the Dean of Students Office where she became an Associate Dean of Students.  In 2010, Liz was honored with Cornell’s prestigious George Peters Award, annually given to a staff member for exemplary service. She was especially proud of that accomplishment.  Liz retired from Cornell in 2014.

Liz was an active volunteer in the Ithaca community.  Over the years, she contributed her time and talents to the Caroline After School Program, Boy Scouts of America Troop 55, St. Catherine of Siena Church, the Women’s Community Building (now the City Federation of Women’s Organizations), One World Market (formerly Ten Thousand Villages), and Lifelong in Tompkins County.

Outside of work and volunteer activities, Liz was an excellent cook and enjoyed hosting dinner parties and luncheons in her home.  She enjoyed outdoor activities of all kinds in all seasons:  gardening, long walks and hikes, bicycle rides, cross-country skiing, kayaking, and even back-country canoe camping.

A Memorial Mass will be celebrated for Liz at 11 AM on Friday, November 18 at St. Catherine of Siena Church in Ithaca.  Contributions in Liz’s memory may be made to Hospicare of Tompkins County, the Cancer Resource Center of the Finger Lakes, or the Memorial Sloan Kettering Cancer Center.

To plant memorial trees or send flowers to the family in memory of Mary Colucci, please visit our flower store.

I knew Liz from the CRC lunch group. I send my condolences to the family. We will miss her.

A candle was lit in memory of Mary Colucci

A candle was lit in memory of Mary Colucci

To Liz\'s family,
I am so sorry for your loss. Liz was a bright spot in our weekly yoga class sponsored by the Cancer Resource Center, and she will be missed by all. I took a photo of Liz and friend kayaking in Stewart Park in October 2021, and I include it in this message. 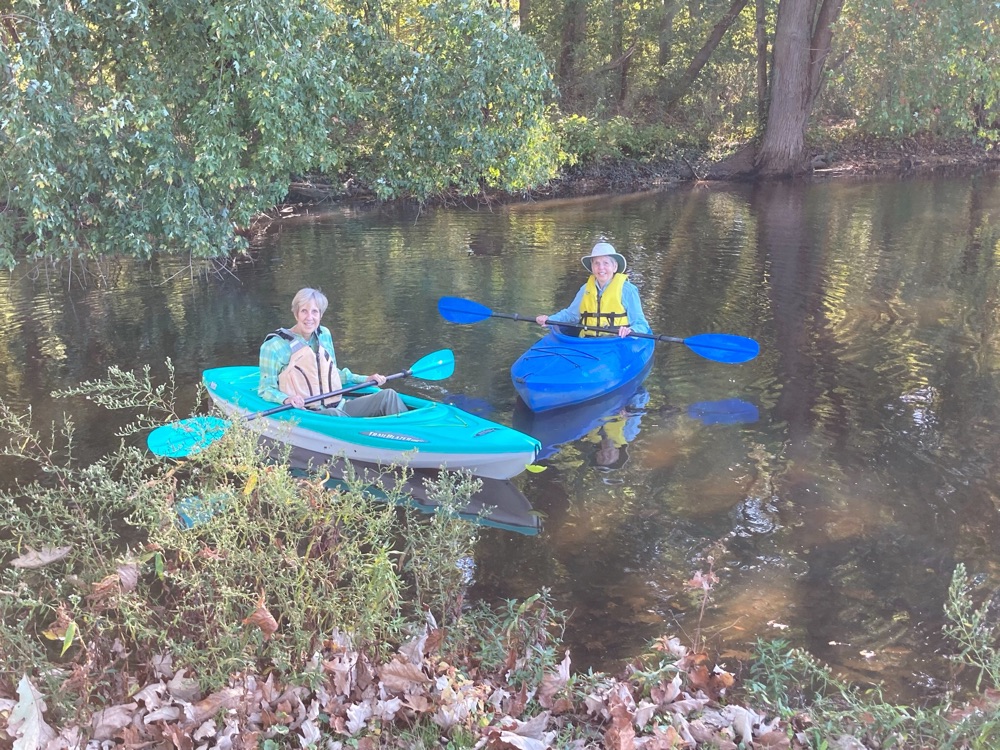 Liz was a wonderful mother. I suspect that was the job she cherished most. Years ago Liz and Steve asked me over for dinner curious I suppose because their son Greg would often work for the Town of Ithaca while on breaks from college. He was the best and it was a pleasure meeting his parents. His family was very important to him so my thoughts and prayers are with you all.

I'm so sad to hear about Liz. I didn't know her well – only through the weekly yoga group through the Cancer Resource Center – but she was such a bright smile and warm presence. We'll deeply miss her in our circle. Sending love and strength to all her family.

To Steve, David y Greg, what a wonderful wife and mother liz was. My deepest sympathy and prayers.

Dear Stephen and Family, I am so sorry for your loss. Liz was my first friend...we were only 4 years old when we met on Little Brook Drive...it was an instant and magical friendship. The path between our homes was short and well worn. I treasure my memories of Liz. May your memories of her bring you peace and joy. ~Marcia Hanley Kovalovsky