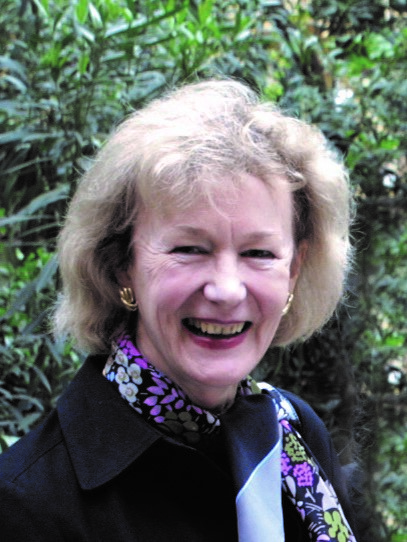 Maria Nowakowska Stycos, PhD, a retired senior lecturer at Cornell University who spoke four languages and was known for her kindness, intellectual curiosity, and style, passed away February 4, 2020, from a stroke at her home in Ithaca, NY. She was 82.

With a passion for literature, poetry, and language, Maria was a professor and lecturer in the romance language department at Cornell for 20 years. She is co-author with E. Sanchez-Blake of a project called Voces Hispanas Siglo XXI, a collection of literature by contemporary Hispanic writers (Yale University Press, 2005). She also contributed chapters in books and articles on modern Spanish, Latin American, and Polish poetry to professional journals.

Maria Krystyna Nowakowska, the eldest of four sisters, was born June 4, 1937, in Lwow, Poland (now Lviv, Ukraine) to Marian Nowakowski and Julia Demska two years before the start of WWII. While Hitler’s armies, coming from the west, occupied most of Polish territory, the Russians, coming from the east, occupied Lwow and began deporting Polish intelligentsia to Siberia- the family was on this list. They repeatedly attempted to obtain visas to join Marian, a renowned opera singer, who was performing in the UK. Desperate, Julia, her mother, 2 baby sisters and 3-year-old Maria fled Poland by train, only to be caught by the Germans and imprisoned overnight. After their release, her mother tenaciously continued her pursuit of visas. At a party one evening after a concert at the Covent Garden in London, Marian was asked by a journalist whether he had a family. “I have a wife and three daughters in Poland” he replied. “Don’t you miss them?” the journalist inquired. “I miss them very much, but they cannot obtain visas to join me.” Fortunately, the Polish ambassador was also present at the party and stepped in, “Poland Is a free nation. We offer visas to all our citizens”. And thus the family was reunited.

After earning her bachelor’s degree, Stycos worked as a flight attendant for the British Overseas Airways Corporation. On a flight to Peru, she met Joseph Mayone Stycos, a charismatic Cornell University sociology professor and pioneer of population studies. A group of professors on the plane agreed to meet Maria the next morning to discuss graduate studies at Cornell, but Joseph, had other plans and arranged to meet her alone instead. They married in 1964. Their son, marek, was born in 1967.

He remembers his mother perpetually engaged. Writing, planting, cooking, entertaining- hosting spectacular parties with live music, dancing and adventurous cuisine. ...and if someone had to fix a faucet, she wasn’t shy to jump in. “She had a great sense of taste, dignity, and experienced genuine delight in the exploration of life.”

Maria loved opera, afternoon tea, flowers and working outside. She took pride in her garden and great joy in her night blooming cereus, applying her green thumb and omniscient sense of smell to reveal its annual midnight, ephemeral bloom. She built a two-story house of glass perched upon a precipice on Cayuga Lake. The house was a marvel of architecture, elegance, and of the sheer force of tenacity and problem-solving she was known for in her life and achievements.

As a faculty member at Cornell, Stycos served as a consultant for the Cornell/IDESPO Project in San Jose, Costa Rica, was a member of the faculty advisory committee for the Johnson Museum of Art, and a member of the Latin American Studies Program and the Women’s Studies program at Cornell. She was integral in creating the Village of Lansing to thwart overdevelopment and served on the planning board for many years.

Her voice is immortalized on the the golden records of Voyager I and II. “Welcome, beings from beyond our world” she greets throughout her peerless space odyssey as her essence spirits toward communion with those previously departed. Bon voyage- to the next adventure.

Contributions in Stycos’s memory may be sent to the International Rescue Committee, United Way of Tompkins County, and Cornell University Population Council.

To order memorial trees or send flowers to the family in memory of Maria Nowakowska Stycos, please visit our flower store.