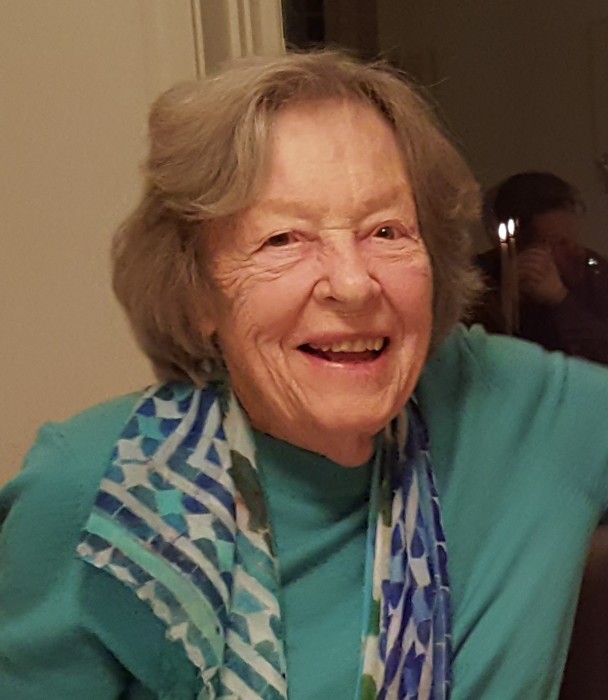 Maria A. Ryan, 93, died on March 9, 2019 in Devon, Pennsylvania where she had been lovingly cared for at her daughter Marilyn’s home for her last 18 months.

She was born Maria Amalia Sewald on February 2, 1926 in Haag in Oberbayern, Bavaria, Germany to Maria Sewald and Franz Xaver Lackner.  Her mother worked tirelessly running the family business while ensuring that Maria grew up in a loving household together with her two younger brothers from her mother’s later marriage to Franz Xaver Breitreiner, whom Maria knew as Papa.

In 1949 she married Bernard P. Ryan, a U.S. Army Officer, who grew up in Queens, NY, and was stationed in Munich, Germany.  Soon after, they were transferred to Fort Sill, Oklahoma, where the brown, dry country made her homesick for the green pastures and gleaming Alps of Bavaria.  However, children soon came and from that time onward, her entire devotion was to raising her four children with Bernie, giving them endless love, always keeping the family well-fed, and instilling strong values, especially the importance of family.

The Ryans moved often during Bernie’s 20 year career in the Army, including several years separation during the Korean War, during which time Maria and the children were able to be housed close to family in Munich.  The family settled in Ithaca in 1966 when Bernie began a second career at Cornell.  It was in Ithaca that Maria found her home, with the surrounding hills, gorges, and Finger Lakes satisfying her appreciation for nature’s beauty.

After the family was raised, Maria and Bernie prided themselves on their independence, never wanting to impose despite the protests of their children.  They built a retirement house in Lansing overlooking Cayuga’s waters where they enjoyed many years of each other’s company, a place of many fond family gatherings in the past and in years yet to come.  Both were blessed with good health until very late in life.  Just as she devoted herself to raising her children, Maria selflessly cared for Bernie during his latter years before God called him home after 65 years of marriage.

In her final years, Maria enjoyed her independent living, pursued her natural artistic talent, and always looked forward to visits from children and grandchildren. Up until the end, she remained thankful for the friendship and care from others.

She shared close friendship with native German speakers she met throughout her life in America, including many from Ithaca’s German Conversation Club.  Any reminder of her native Bavaria, its language, traditions, or food, would bring a smile to Maria’s face.  A piece of her heart always remained in her hometown in Bavaria where she is predeceased by brother Franz Xaver Breitreiner and where she is deeply missed by brother Alfred (Ursula) Breitreiner and children.

She often said that there is no greater love than that of a mother for her children, and in return she is forever loved by Bernard Ryan of Salt Lake City, UT, Dr. Marilyn (Jere Shertzer) Ryan of Devon, PA, William (Theresa) Ryan of Middleton, WI, and Dr. Christopher (Deborah) Ryan of Portland, OR, to whom she was known as Mom or Mutter, and by her six grandchildren who knew her as Omi.

A Mass of Christian Burial will be celebrated at 11 a.m., Friday, March 15, 2019, at St. Catherine of Siena Church, 309 Siena Drive, Ithaca, NY, followed by burial in Calvary Cemetery, Ithaca. In lieu of flowers, memorial contributions may be directed to the Cornell Lab of Ornithology at 159 Sapsucker Woods Road, Ithaca, NY 14850, or online at www.birds.cornell.edu.

To order memorial trees or send flowers to the family in memory of Maria Amalia Ryan, please visit our flower store.