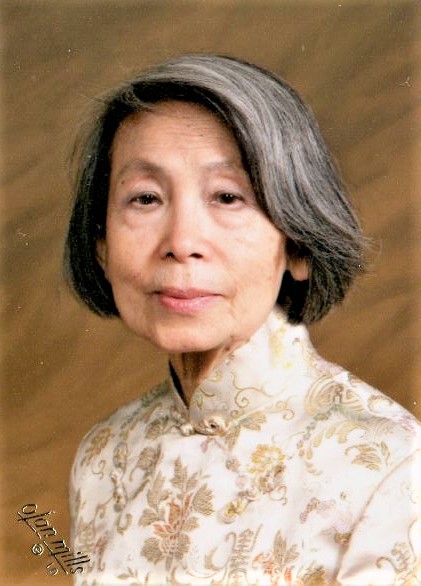 With exceptional fluency in English, Russian and five dialects of Chinese, Lian Shu Li was a gifted linguist. At the age of 91, she died peacefully on 6 March 2021 in rural upstate New York, after having lived in a succession of the world’s largest cities: Wuhan, Hong Kong, Shanghai, Beijing, and New York City.  Her professional career had three parts: Russian language specialist at the Chinese Academy of Social Sciences, research on and teaching of Russian Literature in the United States, and, finally, working from home as a simultaneous translator for AT&T in Russian, English and Chinese.

Among her accomplishments were coauthoring one of the first Chinese-Russian dictionaries, gaining a PhD degree from Columbia University in Russian Literature at the age of 61, and becoming an accomplished Chekhov scholar. In her dissertation, she notes that embarking on a new life is a theme of some of the women in Chekhov’s stories.  This was a theme that Dr. Li put into practice in her own life.  Her favorite pastime was attending ballet and opera performances at Lincoln Center. Although twice married in China, she had no children.

Lian Shu Li was born on March 1, 1930, in Wuhan, China, the daughter of a businessman, Teh Yong Li and her mother, Teh Yun Lei. In 1938, she first met her uncle, Kuo Ching Li (later known in the US as "the Tungsten King") on one of his many business trips from New York where he worked importing tungsten from China and other countries.

Later in 1938, Ms. Li and her parents fled to Hong Kong by plane as the Japanese army was about to overrun Wuhan. Following the Japanese attack on Pearl Harbor in December 1941, the family fled Hong Kong on a crowded ship and then settled in the French Sector of Shanghai.  There they shared an apartment with Kuo Ching Li’s first wife, Bu Ke Loo, and one of the couple’s two daughters.

In Shanghai, she attended Aurora High School, a Catholic girl’s high school. Her father died in 1944 and, in 1948, she and her mother moved to Beijing where she enrolled in the prestigious Tsinghua University.  In 1949, she was among the crowd in Tiananmen Square that watched Mao Tse-Tung deliver the historic speech announcing the establishment of the People’s Republic of China on October 1st.

She graduated in 1952 with a major in Russian Literature, and later got an MA from the Beijing Foreign Studies University in 1960.  Following her bachelor’s degree from Tsinghua, she began work at the Chinese Academy of Social Sciences. There she and colleagues compiled one of the first Chinese-Russian dictionaries (a hefty volume which had to be revised following the Sino-Soviet Rift in the late 1950s).

Her first marriage occurred in 1952 or 1953 with a man who worked at the Beijing Medical Institute. The marriage ended in divorce during the turmoil of the Cultural Revolution, perhaps not helped by the fact that they were "sent down" to work on different communes near the city of Luoyang in Henan province, some 440 miles southwest of Beijing. Her mother accompanied her and her work colleagues to the commune in Henan, but her mother was allowed to return to Beijing after being diagnosed with breast cancer.

In 1980, Ms. Li was able to start graduate studies in Russian Literature at Columbia with a prestigious grant from the American Association of University Women (AAUW). In the fall of 1988, she was a visiting lecturer at Rutgers University. After getting her PhD in 1991, she enjoyed teaching Russian Literature as a visiting professor at Swarthmore, Bowdoin, and Lincoln University.  However, she failed to obtain a tenure track position, perhaps because she was already 61 when she got her PhD. During the 1990s and early 2000s, as a preeminent Chekhov scholar, she delivered papers at Chekhov Conferences in the Ukraine, Russia, and Canada. She subscribed to the Tolstoy Studies Journal until she died.

In 2003, she began working as a simultaneous translator for AT&T. Although her translation skills were impeccable, her managers at AT&T were constantly asking her not to break in to “give advice” to one or both of the clients she was translating for.  Translation became her primary source of income.

After breaking her arm in her apartment in NYC in late 2018, she moved to Ithaca, New York, to live with her niece, Minfong Ho. The final year and a half of her life she lived at Evergreen House in Jacksonville, NY.  On 10 March 2021, she was buried at Greensprings Natural Cemetery Preserve which is adjacent to 8,000 acres of forest land.

To order memorial trees or send flowers to the family in memory of Lian Shu Li, please visit our flower store.