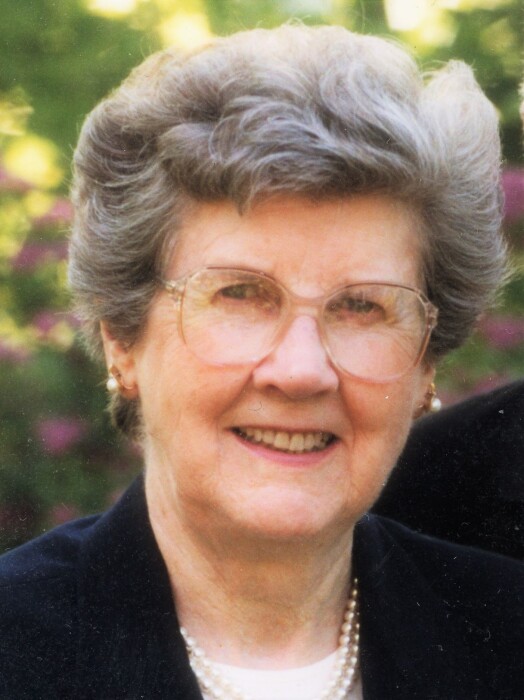 Lara Kristjanson Stanton passed away June 20, 2020 at Kendal at Ithaca. She was born in Mountain, North Dakota on December 29, 1924, the fifth of seven siblings who grew to adulthood. During World War II, she served in the Purple Heart Platoon of the Women’s Army Corps and later attended college on the GI Bill. She graduated from North Dakota State University in 1949. Lara worked as a teacher and cooperative extension agent, and came to Ithaca for the first time in 1954 for summer coursework at Cornell University. While in Ithaca, a WAC friend set her up on a blind date with Bud Stanton, an Agricultural Economics professor at Cornell. They were married a year later.

Lara’s heritage was a source of pride and her family inherited a love of all things Icelandic. Her married life was centered around her children, volunteerism, and support of her husband’s career. She was involved with St. Luke Lutheran Church, 4-H, Campus Club, LUBS, PEO, and Ag Ec Wives, where she forged many long-lasting friendships. She volunteered at public schools and taught ESL for ten years. She spent many hours playing bridge and quilting among friends. Lara’s cinnamon buns were a particular favorite of her grandchildren, who also got a kick out of her ever-conservative card play. In her later years, she combined her love for history and writing by self-publishing books on her Icelandic roots, the formation of the Tompkins Girls Hockey Association, the establishment of Kendal at Ithaca, and her own life. She traveled extensively, often in conjunction with Bud’s career assignments, including sabbaticals in Finland, Australia, India, and Belgium.

Lara is survived by her husband Bud, siblings Rosa and Sibbie, children Margaret, Karen, and Randy, grandchildren Lara, Tim, Shannon, Kate, Sean, and Tom, and great-grandchild Nora. She was preceded in death by her parents Sigurbjorn Kristjanson and Kristbjorg Arnason, and siblings Johann, Vilmar, Hannes, Margaret, and Anna.

She will be interred this week at East Lawn Cemetery at a graveside service. A celebration of life will be announced when conditions permit.  Memorial contributions may be made to St. Luke Lutheran Church, 109 Oak Avenue, Ithaca, New York.

To order memorial trees or send flowers to the family in memory of Lara Stanton, please visit our flower store.