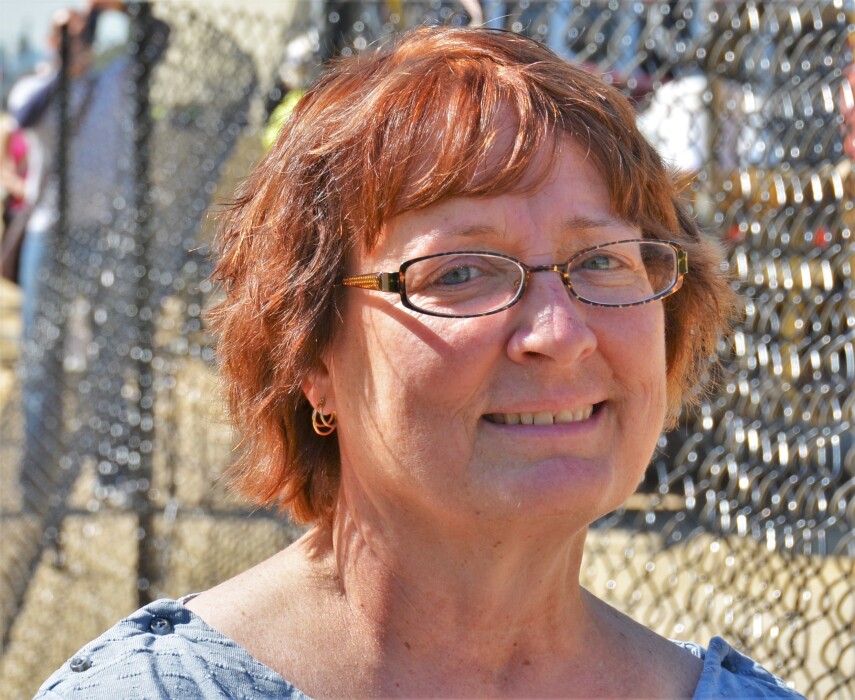 Kathie A. Berghorn, 63, of Ithaca, passed away at home on December 4, 2020, following a brief illness.  Born on January 29, 1957, in Elgin, IL, she was the daughter of the late Ralph and Delores (Schmidt) Berghorn.  In grade school, she won an essay writing contest and was awarded with a trip to the White House, where she met the President.  Kathie would go on to graduate from Cary-Grove High School in Cary, IL, where she was a member of the homecoming court and active in cheerleading and National Honor Society.

Following high school, Kathie attended the University of Illinois, where she earned her Bachelor of Science degree.  She went on to earn her Master’s Degree from the University of Kentucky and Ph.D. from Purdue University.  In 1990, while serving as a post-doctoral fellow at Eastern Virginia Medical School in Norfolk, VA, she met her future husband, William Furniss.  They were married in 1993 on the beach in Virginia Beach, VA, while Kathie was serving as a post-doctoral fellow at the University of Pittsburgh Neuroscience Department.  After she and Bill settled in Ithaca, Kathie was employed as a research associate at Cornell University’s Veterinary School from 1996 to 2006.  In 2007, she began working for Agave BioSystems Inc. in Ithaca and went on to purchase one of their subsidiaries, Carrera Bioscience Inc., in 2016.  With this acquisition, Kathie became both CEO and Chief Scientific Officer of the company.

Kathie was involved in significant research and development that impacted people all over the world.  To name a few, she designed tests to detect hepatitis in low income areas and developing nations, to detect landmines in war zones, and to detect the presence of fentanyl and other opioids at emergency scenes where they could be harmful to first responders.

Kathie’s kindness was immense and her laugh was infectious.  It was often said that Kathie was like a breath of fresh air.  Kathie had a love for animals ever since she was a veterinary technician in high school.  She adopted sheep that were scheduled to be euthanized at Cornell and started a sheep farm at her home.  She went on to add pet cows to the farm and loved her four Border Collies.  In her free time, Kathie enjoyed woodworking, hiking and camping.

Kathie is survived by her loving husband, William Furniss of Ithaca; brother, James (Debra) Berghorn of Cape Coral, FL; aunt, Marilynn Lanneau of Pensacola, FL; sister-in-law, Lee Sacharov of Greensburg, PA; and other extended family members.  In addition to her parents, she was preceded in death by her brother, Steven Berghorn, in 2019.

Those wishing to remember Kathie in the form of a charitable contribution may consider Hospicare, 172 East King Road, Ithaca, NY 14850 (https://www.hospicare.org).

In keeping with Kathie’s wishes, funeral services will be private.  To share a memory, please visit our tribute wall.

To order memorial trees or send flowers to the family in memory of Kathie A. Berghorn, please visit our flower store.