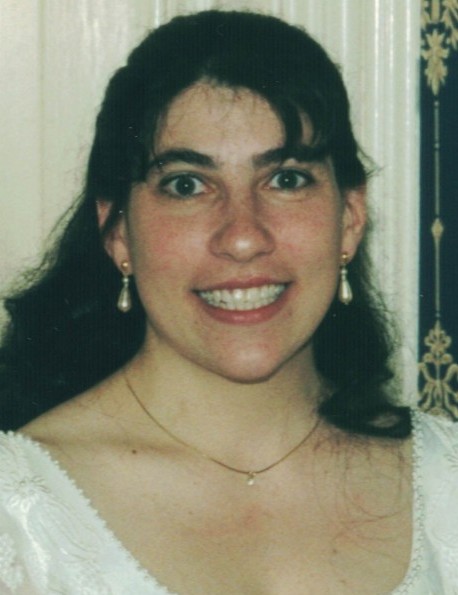 Jo was born in Brooklyn, New York on March 30, 1972, the daughter of Donald Calaman and the late Toby Ellen (Lebwohl) Calaman. The youngest of six siblings in a family of five girls and one boy, Jo was beautiful, smart, strong (some may say stubborn), resourceful and unique.  Always an avid animal lover, Jo was focused from a young age on making sure her life’s work would involve horses. In fact, when she was in second grade Jo wrote an essay about working with horses and never looked back.

As the youngest child in a large family, Jo was beloved and cherished by all; however, you could never get away with “babying” her. Jo would not allow it – she demanded to be treated equally, no matter the difference in age or experience. Oftentimes in childhood she was the spokesperson for herself and the next eldest sibling, her brother, exposing the injustices of being the youngest siblings. One time, she lobbied her parents to include her and her brother in a family event where young children were not invited. After negotiating heavily, she eventually led her parents to relent after she agreed that they would “act like they were 10” at the venue.

After earning her undergraduate degree in animal science at Cornell University and a master’s from the University of Vermont, Jo never left Upstate New York. After school, she worked as an animal nutritionist conducting research on dairy cows, managed a riding stable at Taylor Farms, and gave riding lessons at Southwind Stables, all to support her true love, riding and boarding her own horse, Nightmare and Nightmare’s son, Ben.

The only thing that surpassed her love of horses and animals was her family. It was during her time at Southwind Stables that Jo met her loving husband of 17 years, Dan Suttmeier. Dan and Jo have two amazing children, Matthew, 17, and Andrew, 14, whom she adored and loved beyond measure. Dan and Jo worked to build a horse boarding and riding stable on their own property that they named Arrowpoint Farm. In her spare time, Jo took great pleasure in collecting donated food from various vendors around the area and delivering it to the Candor food pantry. Although the weight from the volume of food she delivered eventually destroyed the transmission of her van, she never stopped until she became ill.

An environmentalist before it was vogue, Jo would recycle clothing from her elder siblings, take fabric scraps and sew them into stuffed animals, and also loved knitting, crossword puzzles, sudoku and baking from scratch. Jo was a sweet soul, a person who never judged people (or animals for that matter) always accepting them for who they were. She literally never had a bad word to say about anyone, was always trusting and believed in the beauty, truth and simplicity of the world around her.

Jo loved all the animals in her life including special mention to Nightmare, Ben, Rocky, Katrina, Dutchess, Sammy, Oliver, Bella, Annie and Abby.

To order memorial trees or send flowers to the family in memory of Jordana Joy Suttmeier, please visit our flower store.