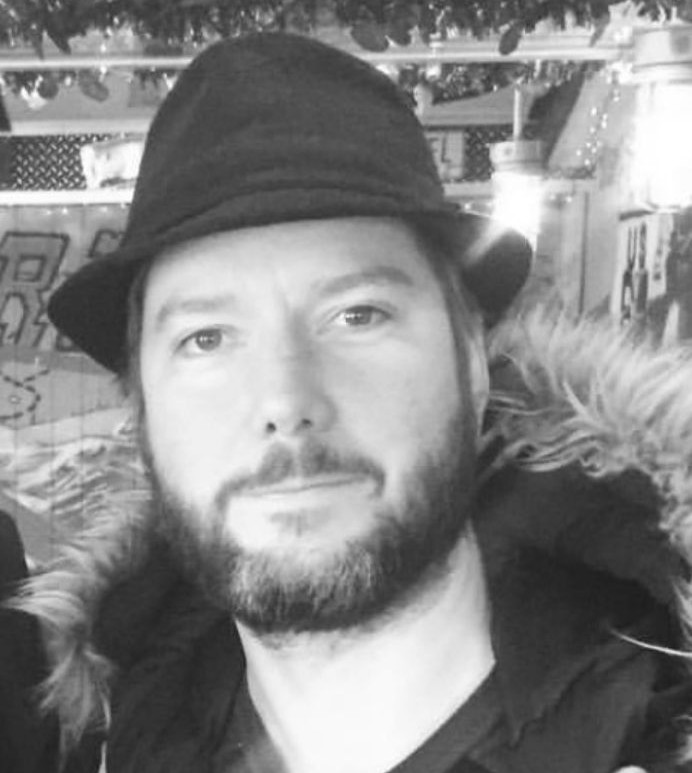 Jonathan David LaPrade was born November 26, 1976 in Roanoke, Virginia. He passed away peacefully on December 12, 2022 in Oakland, NJ.

It is with great sadness that the family of Jonathan LaPrade announces his passing. Jon will be lovingly remembered by his wife, Lauren, his brother Joshua LaPrade, his aunt, and uncle, Theresa and Allan Marazzo, his great aunt Jeannie Sawyer, his mother-in-law, Joan Williams, and the rest of his family and friends.  Jon is pre-deceased by his mother Rayanne LaPrade, and his father David LaPrade.

Jon will be dearly missed by all his circle of friends and truly leaves a remarkable impression on the world.

Raised in Elmira, New York, Jon grew up close to grandparents and family, and − once he got used to the fact that yes, little baby brother Josh would actually be staying around − fell into the big brother role with ease.

He made the move from northern New York to the southern warmth of Florida to attend Full Sail University.  After matriculation, he moved to New York City and once settled, he quickly picked up the lifestyle, thriving in the exciting and fast-paced environment. Always up to go out with friends, Jon made the most of New York City’s vibrant and eclectic nightlife. And he still made it to work the next day like a champ! His smile was contagious, and he had an innate ability to make everyone around him feel like they fit right in with a new crowd. He was quick with funny and witty one-liners and even if you knew him forever, he would still surprise you.

Music was his passion. He could sing beautifully, really capture emotion on the guitar, and pump everyone up with his drumming. He was very rock and roll and felt his best in a leather jacket and a well thought out fragrance. Fun loving, everyone always had a great time with him around.

Other joys in his life were being a great dad to his dog, Audio; he loved his dipping sauces − the self-proclaimed Sauce Boss. His hair and skincare were always on point, he loved fragrances, and he lived a neat and clean, and “cool” lifestyle. He faced his battle with cancer with bravery, suffered quietly and didn’t want to be a burden. As his journey carried him from someone who was terrified of needles to someone who could manage all that got thrown his way, he set his mind to do something and went after it with everything he had. He embraced an organic and natural lifestyle and influenced those around him to pick up some of those habits through him.

Jon walked through life with a gentle, soft touch and is fondly remembered.

Everybody has a Jon story, and we'd love to hear them all. To share a memory of Jon or send a condolence please leave a message, photo, or story at www.lansingfuneralhome.com.

To order memorial trees or send flowers to the family in memory of Jonathan D. LaPrade, please visit our flower store.