Jon Allen Nedrow, affectionately known as “Pops” by his grandchildren, passed at the age of 84 in the comfort of his family home on Wednesday, June 22, 2022. Jon was born March 28, 1938 in Lansing, NY to the late Ephraim and Lucy (Tvaroha) Nedrow.

Jon graduated from Lansing High School in 1956. He served in the United States Army and Army Reserves for 8 years. He married the love of his life Katharine (Kathy) Elizabeth Kelly September 5, 1959. He worked at Smith-Corona as a foreman, and later started farming with his brother William “Bill” Nedrow. Together they started Nedrow Brother’s Farm, a dairy farm they operated for 45 years. He had a special bond with his sister-in-law Joan Kobasa (husband Bruce), who also worked with him for over 25 years. After his retirement he started K&J Surplus Combine Salvage which was a booming business that was the first job for most of his grandchildren. It set the foundation for Jon to teach them life skills, work ethic, never to pass an ice cream stand without stopping, and where he imparted such wisdom as “eat dessert first!”

Ever the comedian, Jon loved reading the Sunday funnies and sharing “The Far Side” jokes with his family. He was an amazing storyteller, a gift he inherited from his father, and told tall tales to all of his grandchildren. Stories of sidehill cows, toe-nibbling sturgeon in Cayuga Lake, and the water tower being filled with beer. Jon was an avid bird watcher who you could often find sitting in front of his large bay window enjoying the birds and a hot cup of coffee.

Jon was a loving husband, father, and grandfather who spoke often about how proud he was of all of his grandkids. His last wish was to continue to teach young minds, therefore his body will be donated to Upstate Medical University as part of the Anatomical Gift Program. He will later be laid to rest in a family gathering at Lansingville Cemetery, Lansing, NY.  Memorial contributions in honor of Jon can be made to Hospicare or The Cornell Lab of Ornithology.

In Honor of Jon tonight, “Eat your dessert first!”

In our thoughts and Prayers Aunt Kathy..we have lost a wonderful man..we will always remember his sense of humor and his crazy stories..He will surly be missed our condolences to the whole family..

It’s hard to put into words how special Pops was and what he meant to me. Working beside him at the shop left a lasting impression on not only me but all his grandkids that had the privilege to work with him. He was the most hilarious and loving grandfather and great grandfather. I could feel his love and pride in every hug. I will miss him every day, and both of you are always in my heart.

I am so sorry for your loss. I hope you find comfort in your wonderful memories. He sounds like a man who lived a happy and fulfilling life.
My condolences to Cathy and the whole family.

Dearest Kathy,
I’m so sorry for your loss. Jon lived a good life with so many people who called him a friend. I’m sure his grandchildren will miss him & his storytelling talent. Hold onto the memories of good times to help you through this sad time. Sending hugs to you & family. Marty

Love you Gram! To the man who showed me working with your hands can be a way of life I am forever grateful. You will always be in my heart. Love you Pops

One of the finest individuals I’ve had the honor to know. We will miss him.

We love you Grandma! I am forever grateful for all the years I was able to spend working by Pops side. He taught me so much! I\'m thankful Jack and Sidney had the chance to spend time with him too. His dessert first mantra is one Jack lives by 😉. We will remember, love and celebrate him everyday. 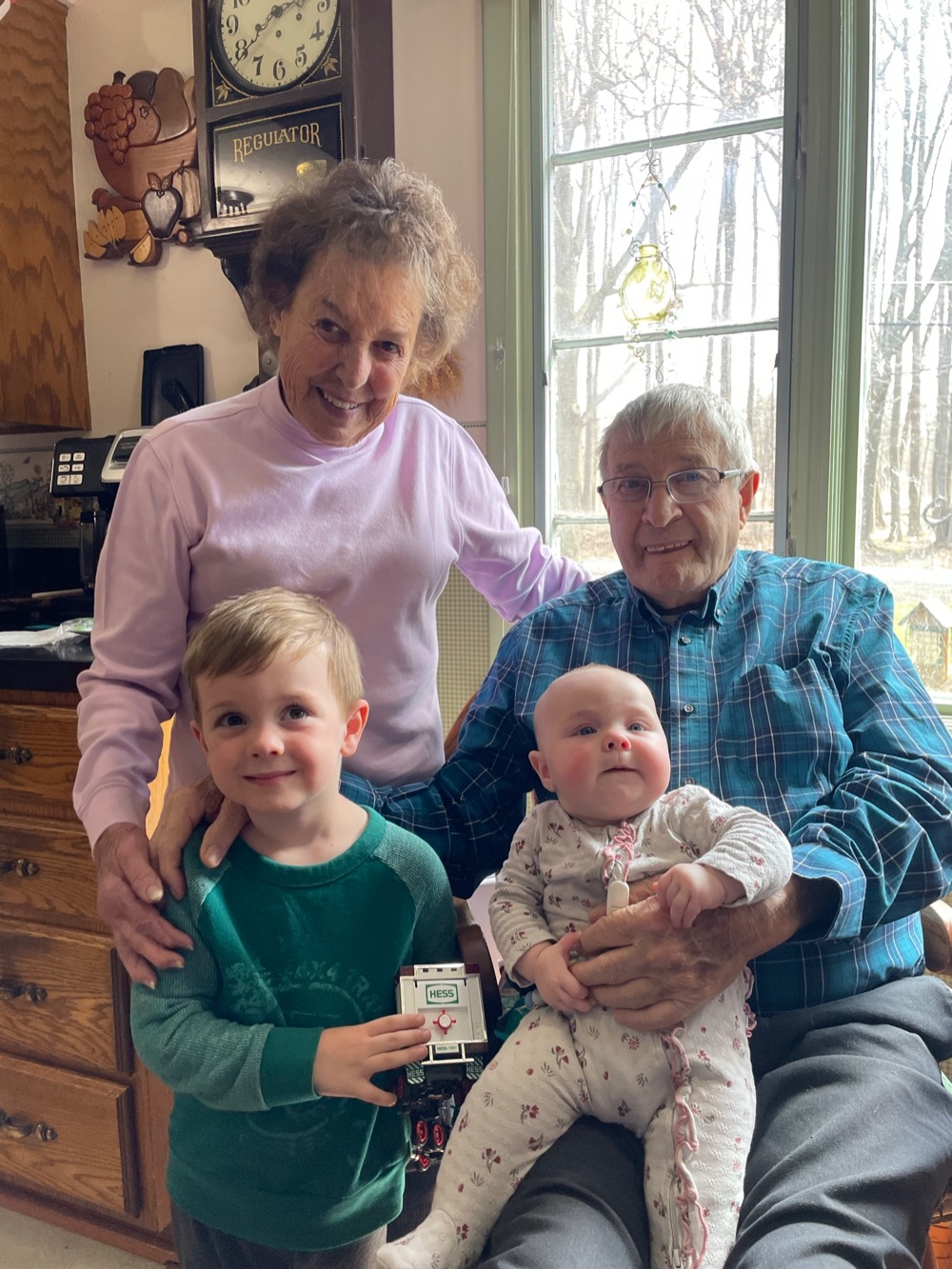 Love you Mom. I will be forever here with arms open to hold you when needed. Daddy was a very special person, and we are all so lucky to have him in our lives. XO

So sorry for your loss. Jon was one of the "Good Guys". My thought & prayers are with all of the family.

My deepest sympathy to the entire family. What a wonderful man we have all lost.