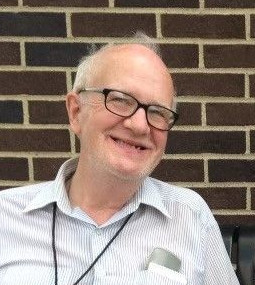 Rev. John Shortle passed away while surrounded by family on Monday, November 15, 2021 at the Groton Community Health Care Center in Groton, NY. He was born on August 17, 1946 in Greencastle, IN, to the late Marguerite and John S. Shortle, Sr. He was also preceded in death by his siblings, Susan Shortle, Sarah Nimick, and Sam Shortle. He is survived by his wife of 49 years, Joan Shortle; daughters, Cassandra (Robert Gaylor), Allegra (Jesse Lloyd), and Johannah (Mark Alo); and grandchildren, Dorian Lloyd, Taavo Gaylor, and Elora Alo. Other surviving family members include siblings, Sylvia Bergen, David Shortle (Carole), and Margie Shortle (John). He deeply loved his family and will be greatly missed by all.

John received his Master of Divinity degree in 1973 from Colgate Rochester Divinity School in Rochester, NY. After graduation, he served as a minister in United Methodist churches in the Upper New York and Indiana Conferences. He also served as a chaplain in several prisons. He retired from the ministry in 2007 but continued to serve Finger Lakes area churches part-time. He was a dedicated minister who guided his parishioners with wisdom, love, and compassion.

After retirement, John was an active member of the Ithaca community, volunteering with the Tompkins County Democratic Committee, participating in continuing education classes at the Lifelong Community Center, and helping in other areas of need. He was passionate about films and literature.

Funeral services will be private. In lieu of flowers, contributions in John's name may be directed to the Food Bank of the Southern Tier, 388 Upper Oakwood Avenue, Elmira, NY 14903 (www.foodbankst.org).

Send a Sympathy Gift
Make a donation to Food Bank of the Southern Tier in memory of Rev. John Shirk Shortle
​