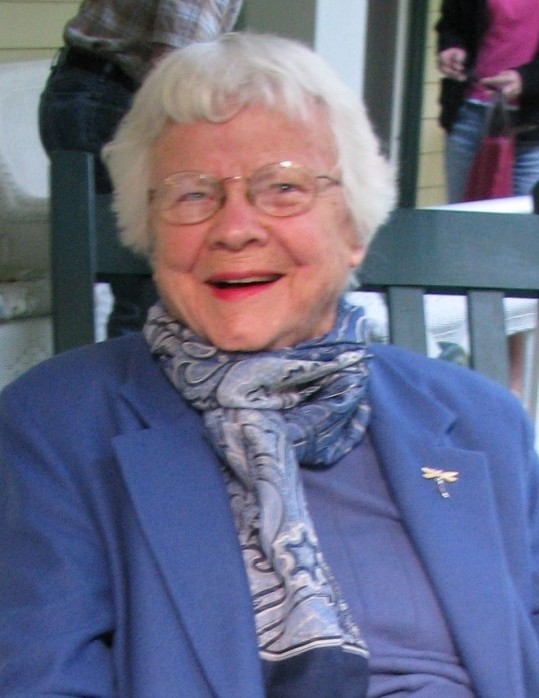 Jean Marie Cummings Storandt, 99, died on April 17, 2019 at The Village at Mariner’s Point, an assisted living facility in East Haven, CT, where she had been living since shortly after the death in 2013 of her husband of 73 years, Robert William Storandt, at age 95. Jean was born on January 31, 1920, in White Plains, NY to George and Aura Cummings. When she was young girl, Jean’s family moved to Binghamton, NY, where her father established an architectural practice. Her mother was a homemaker.

Jean attended local schools and entered Cornell University in Ithaca, NY in 1938. There she met Robert and they were married in 1941. After short periods in various parts of the Northeast, they settled back in Ithaca, where Robert joined the Cornell Admissions Office and he and Jean raised two sons, Peter Cummings Storandt, now 76, of El Dorado, KS, and Robert William Storandt, Jr., now 72, of Branford, CT. Jean later held a number of part-time administrative jobs at Cornell, while Robert rose to be the long-time Director of Admissions of the university.

Jean and Robert were avid travelers, especially enjoying long ocean voyages. They cherished a modest summer camp in the 1000 Islands for many years. Jean was a highly observant lover of flowers, birds, reading, knitting, and classical music. She was a warm and loyal friend, who loved her bridge club, but also treasured moments of solitude in settings of natural beauty. She was a wonderful mother, nurturing yet fostering independence.

To order memorial trees or send flowers to the family in memory of Jean Marie Cummings Storandt, please visit our flower store.