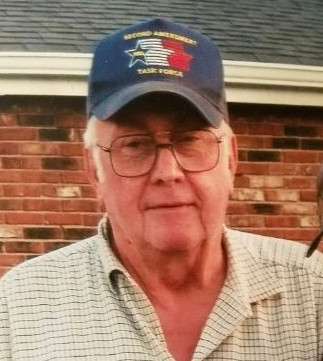 Howard E. Makela of Groton passed away at the age of 80 on September 10, 2022, at Cayuga Medical Center in Ithaca.  Born in Ithaca on August 29, 1942, Howard graduated from Lansing Central School. He enlisted in the US Navy in the early 1960s and was honorably discharged following two years of service. He was employed by Morse Chain and went on to retire from Borg Warner as a tool and die maker.

Howard had a passion for antiques and antiquing.  He began acquiring insulators and went on to collect advertising signs and tins.  He frequently attended antique auctions, Madison-Bouckville Antique Week, and the Brimfield Antique Flea Market, where he enjoyed seeing his friends from the East Coast to as far as California.  Howard was also a fan of the NY Yankees, NY Giants, and NASCAR.

Family and friends are invited to a graveside service at 10:30 a.m. on Saturday, September 24, 2022, in Bird Cemetery on Bird Cemetery Road between Demond and Pierce Roads, Locke.  Following interment, everyone is welcome to a picnic beginning at 1:00 p.m. in Myers Park, Lansing.  The family kindly requests that anyone who plans to attend the service or picnic RSVP to: Howardandbenny2@yahoo.com by 9/21/22.

In lieu of flowers, please consider a contribution in Howard’s name to Defenders of Wildlife or the SPCA of Tompkins County.