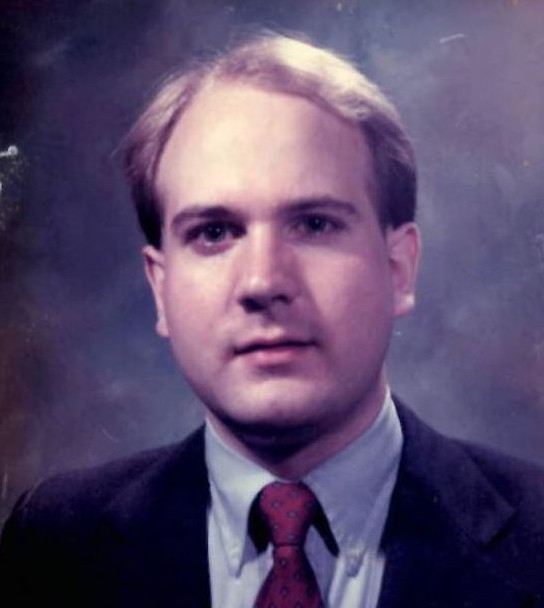 Gregory Daniel Nerode was born in Ithaca, New York on Oct 28, 1965 and died unexpectedly of natural causes in Ithaca on May 4, 2022. His parents were Anil Nerode and Sondra Nerode. He later moved with his stepfather Benjamin Gebhart and his mother Sondra Gebhart to Buffalo, NY and then to Bryn Mawr, Pennsylvania. He attended the University of Pennsylvania and graduated with a bachelor's degree. He worked for some years in his favorite city, San Francisco. He was there during the 1989 Loma Prieta earthquake when the buildings around him collapsed. He returned to Ithaca but visited San Francisco many times thereafter.

Whenever feasible, he had a cat for company. Chloe now passes to Greg's mother, another cat lover. He was an omnivorous reader of non-fiction. In his youth he much enjoyed visits to Australia and Greece with the Nerodes. He took many courses and maintained a high GPA at the local community college TC3. He much enjoyed theatre and family visits to the summer operas at Glimmerglass. Because his space perception was poor, his long-term closest friend Hatice Brenton drove him on many local expeditions over many years. He is survived by his father, Anil Nerode and his stepmother Sally Sievers, his mother, Sondra Irvine, his younger half brother Nathanael Nerode, his older brother Christopher (Nicholas) Nerode, his half sister Lorna Gebhart Welde, his stepsister Raïssa Gebhart Farmer, his uncles Kiron Nerode (Chicago) and Robin Nerode (Berkeley), Hatice Brenton and a small circle of friends.

In recognition of his love for cats, memorial contributions can be made in Gregory’s name to the Tompkins County SPCA.

To order memorial trees or send flowers to the family in memory of Gregory Daniel Nerode, please visit our flower store.