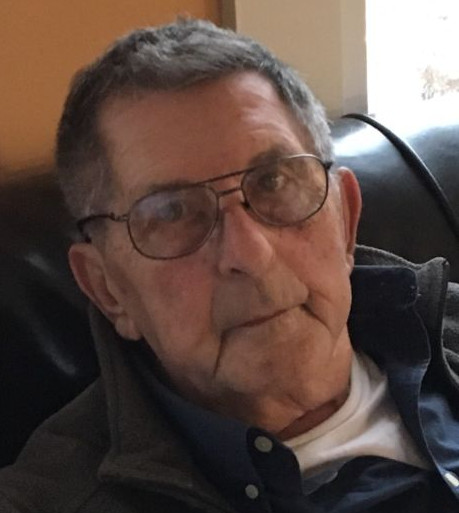 George N. Zezule, 86, was a man who appreciated the simple pleasures in life. He was an avid fisherman who liked to catch and release and would give the fish a worm in honor of the good fight. Family was extremely important to George and he raised four kids on his own in the 1970’s, holding down several jobs to do so. He was an extremely loving father who taught his children about kindness and humility and made an effort to remind them to have fun. He really loved being a grandfather and was great at it. George also loved to make people laugh because he knew it brought them happiness. He had a mischievous side that made him all the funnier. He had great times with his friends playing cards and joking around at Woodsedge.

George passed away from Covid-19 on November 17, 2021 after battling a hip fracture. He was born on June 21, 1935 in Gary, Indiana. He moved to New York to be closer to some of his children. George lost his wife Lenore (Hedlof) Zezule in 1992 and his son Michael Zezule in 2011. He was also predeceased by his mother, Anna Filkovich; his father, Nickolas Zezule; his bothers, Andy and Johnny Zezule; his sisters, Mary Zezule, Helen (Melevage) Zezule, and Sue (Macchia) Zezule; and his best friend, Rich Macchia. He is survived by his sister, Mary Ann Steiger; his daughter, Cherie (Mike) Brown and their children, Shannon, Michael Tyler, and Sarah Brown; his son, Jeffrey Zezule; and his daughter, Dawn (Gabriel) Tornusciolo and their children, Julian and Kiara Tornusciolo.

George loved to fly and dreamed of being a pilot but was drafted into the Army and spent six years serving his country. The VA medical center took outstanding care of him for many years. He was recently in Cayuga Medical Center where the staff worked tirelessly to help him.

Calling hours will be held at Lansing Funeral Home, 32 Auburn Road, Lansing, on Friday, November 26, 2021 from 10:00 a.m. to noon. The family will have a private military burial following.

To order memorial trees or send flowers to the family in memory of George N. Zezule, please visit our flower store.