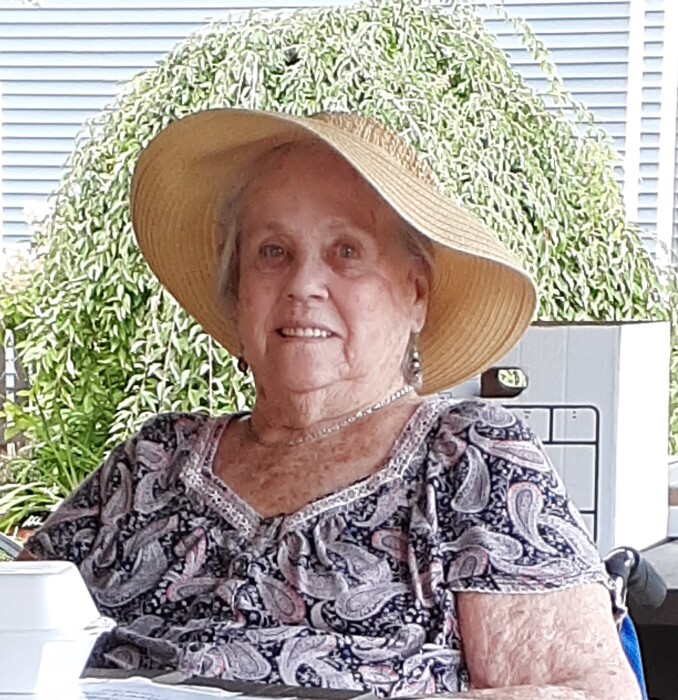 Eleanor “Ellie” Moore, 87, passed away peacefully with family by her side on February 20, 2021, at the home of her daughter, Rosie, and son-in-law.

Born in Walton, NY in 1933 and moving to Ithaca at a young age, Ellie graduated from Ithaca High School.  She married the love of her life, Albert “Al”, in 1956 and they settled in Trumansburg where they had four daughters.  While raising her daughters as a stay at home mom, she also babysat for the neighborhood children. As her children grew older, she worked various jobs in the Ithaca/Trumansburg area, along with volunteering at various functions for the Trumansburg Fire Department and the local Girl Scouts.  Ellie loved working in her flower gardens and was active in the churches she attended throughout her life, along with enjoying camping at various campgrounds in many different states.

Following retirement, Ellie and Al moved from Trumansburg to the Lansing area and then to the Dundee area, until his death in 2003, at which point she moved to Woodsedge Apartments in Lansing.  She lived there for many years while volunteering at Cayuga Medical Center.  In her young 80s, she began to need fulltime care and became a resident of Groton Community Health Center.  Ellie’s family would like to give special thanks to all the staff at the facility for providing her with the love and care one deserves over the few years she lived there.

Ellie will never be forgotten. She will be remembered for her playful sense of humor along with the smile she gave others, even if she wasn't smiling inside.

In lieu of flowers, we ask that you feed the birds, as that was one of Ellie's favorite past times.  Contributions are welcome in Ellie's memory to Hospicare, 172 E. King Road, Ithaca, NY 14850, or Tompkins County SPCA, 1640 Hanshaw Rd, Ithaca, NY 14850.

To order memorial trees or send flowers to the family in memory of Eleanor "Ellie" Moore, please visit our flower store.