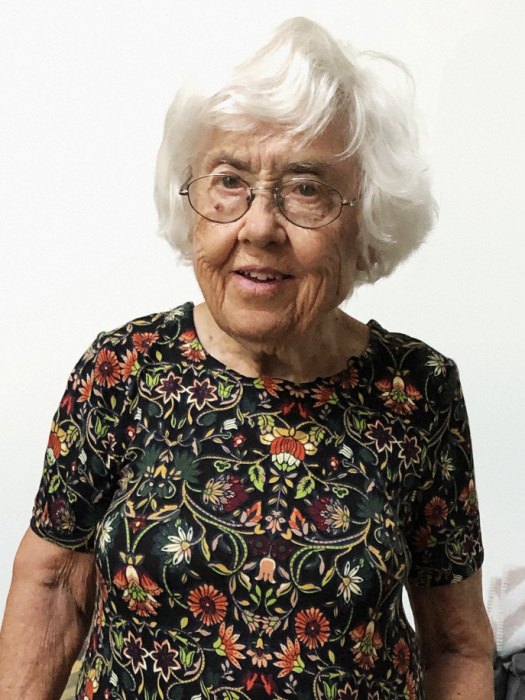 Eleanor was born on September 13, 1927, in Norfolk, Virginia to Dr. Andrew B. Cooke and Mary Eleanor Tunison Cooke.  She was an accomplished sailor and as a water lover her entire life, a body surfer well into her eighties.  On land, dancing was one of her special delights.

A member of Tri Delta sorority, she graduated from the College of William & Mary in 1949.  She worked as a medical technologist in a hospital in Norfolk and later worked in the diagnostic lab at Cornell University’s College of Veterinary Medicine.  At Cornell, she mentored many of her younger colleagues and had special relationships with a number of her international fellow lab technologists.

Eleanor was a lover of all things outdoors, especially gardening and bird watching.  She volunteered at the Lansing School for Girls, the Cornell Plantations, and with the Citizens Pruners for the City of Ithaca.

In December 1951, she married and began a new lifetime of adventures with Ralph Roger Barnard (d. 2013), who at the time was an ensign in the U.S. Navy.  Together they raised four children: Anne Cooke Miller, R. Roger Barnard, Jr., Mary Barnard Button, and Sharon Elizabeth Phillippi (d. 1996).

A longtime resident of Longview, Eleanor was actively involved with assorted music activities – the Mad Hatters Kazoo Band, the Intergenerational Choir, and learning to play the ukulele and piano.  In addition to her love of all things musical, she leaves to her children, grandchildren, their spouses, and other extended family members a legacy of learning, exploration, and living life to the fullest.

With family always at the center of her attention, she shared at the end of her life that her one regret was that she would not live to see the full choreography of the lives of her children’s children and their children.  But also surviving to celebrate her life are grandchildren Danielle A. Hautaniemi, Conor W. Hautaniemi, Ralph Roger Barnard III, Jonathan D. Barnard, Andrew A. Barnard, Lincoln F. Barnard, Sarah M. Tsipouroglou, Christopher C. Phillippi, Jennifer J. Phillippi Cumpian, and Nathan L. Phillippi, as well as 18 great grandchildren.

To order memorial trees or send flowers to the family in memory of Eleanor Anne Barnard, please visit our flower store.