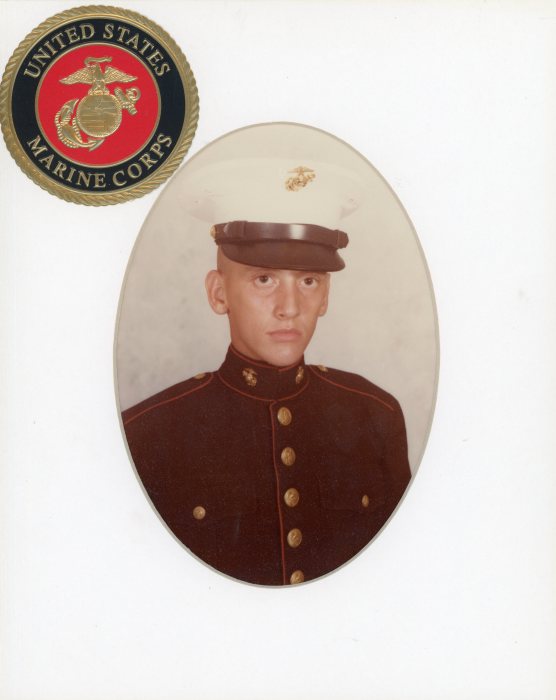 David Allen “Merk” Merkley, 60, of Ithaca, passed away at home with his wife by his side on August 16, 2019, after a long battle with cancer.  Born on August 2, 1959, in Auburn, NY, he was the son of Leatrice E. (Youngs) Merkley and the late David Albert Merkley.  David graduated from Jordan Elbridge Central High School in Jordon, NY, in June of 1977.  Immediately after high school, Merk enlisted in the US Marine Corps in 1977 and served until his honorable discharge in 1982. David married his loving wife, the former Dee Walker, in September of 2001.

Merk was a jack-of-all-trades, master of none, and worked construction for Don Davis Construction in North Fort Myers, FL, prior to his illness.  He was a true NASCAR fan (Mark Martin) and NFL Fan (NY Giants).  His true passion in life was spending time with his family.  He enjoyed playing football in the summertime and building snow forts in the wintertime for his children.  Merk was always a big kid at heart.

In lieu of flowers, contributions in David's name may be directed to the Cancer Resource Center of the Finger Lakes, Syracuse VA Medical Center, or Hospicare.

To order memorial trees or send flowers to the family in memory of David Allen "Merk" Merkley, please visit our flower store.