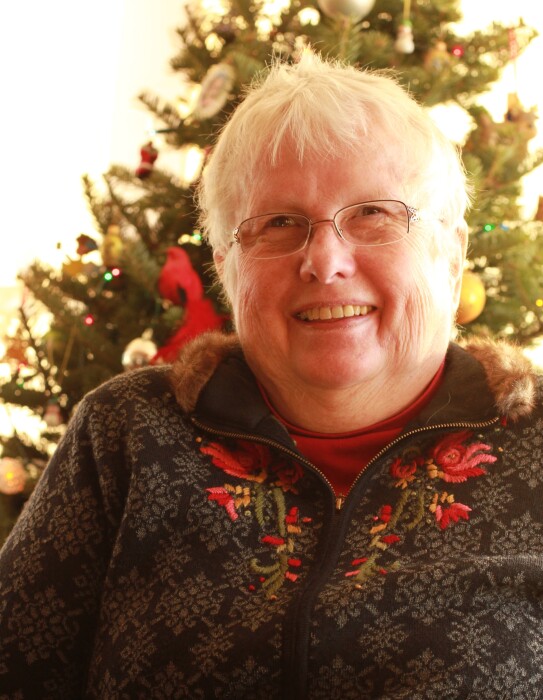 Constance “Connie” Ann Harlow Finlay, 80, of Ithaca, NY, passed away unexpectedly on Tuesday, January 12, 2021, at Cayuga Medical Center in Ithaca.  Born July 8, 1940, in Worcester, MA, she was the daughter of the late George Russell and Katharine (Ball) Harlow.

Connie was a 1958 graduate of West Boylston High School in MA.  She continued her education at the University of Massachusetts, Amherst, earning her Bachelor of Arts in English Literature in 1962.  Following her undergraduate studies, Connie served in the United States Peace Corps in Nigeria from 1963 to 1965, before returning to graduate school and earning her Master of Arts in Librarianship from the University of Chicago in 1968.

After completing her education, Connie spent the next three years living in Venice and Rome, Italy.  In 1978, she became employed as a Reference Librarian at Ithaca College in Ithaca, NY.  In 1980, Connie accepted a position as a Reference Librarian at Rutgers University in New Brunswick, NJ, and worked there until 1983, when she moved back to Ithaca and became the Head of Reference at Cornell University’s School of Industrial and Labor Relations.  She transferred to Cornell University’s School of Hotel Administration in 1998 and served as the Head of Public Services until 2003, at which time she returned to Rutgers University where she was the Head of the James B. Carey Library in the School of Management and Labor Relations.  Connie retired in 2006 and spent her remaining years living in Wells, ME, and Ithaca, NY.

Connie had a love for animals and was lucky to have many pets throughout her life, including dogs, cats, fish, and gerbils.  While living in Nigeria, she had a parrot, pet monkey, and bush baby.  She was also an avid bird watcher and loved the ocean and spending time with her family on the beach in Maine.  Connie was fortunate to be able to travel throughout her life and had a passion for adventure travel.  Most recently, she was able to see the animals on safari in Africa in 2018 and traveled to China in 2019 at the age of 79.  Connie was an active member of Love Living at Home in Ithaca and former enthusiastic volunteer at Laudholm Farm in Maine.

In her career, Connie was known for her love of adapting new technology and was often the first to advocate for and implement emerging technology.  Her career as a labor law librarian reflected her passionate concern for the protection of the rights of others and her desire for a progressive future for her grandchildren.

Due to restrictions related to COVID-19, a private memorial service for immediate family will be held in remembrance of Connie at Lansing Funeral Home, Lansing, NY.  Family and friends are invited to join the services virtually on Saturday, January 23, 2021, beginning at 11:00 a.m. by following this link:  https://client.tribucast.com/tcid/80514369.

In lieu of flowers, please consider a contribution in Connie’s memory to the SPCA of Tompkins County or the World Wildlife Fund.

Please visit our Tribute Wall at the top of this page to express sympathy or share a memory.

To order memorial trees or send flowers to the family in memory of Constance "Connie" A. Finlay, please visit our flower store.