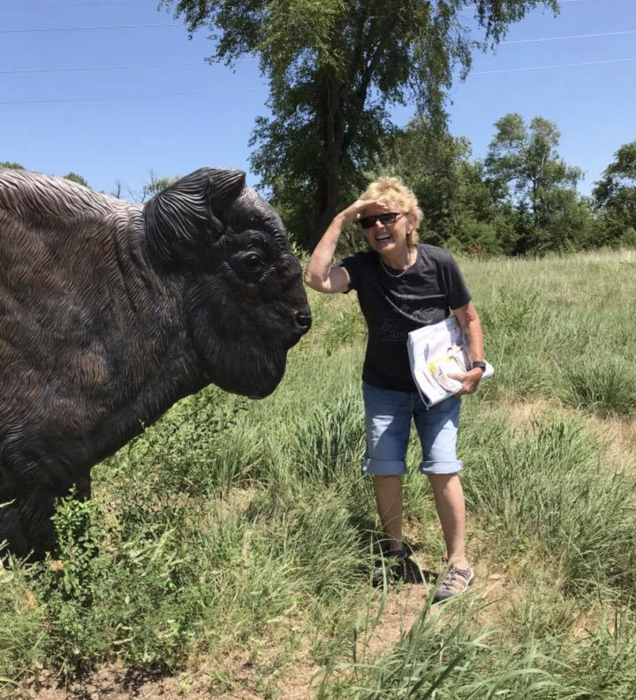 Born October 4, 1948 in Chisolm, Minnesota to Lawrence and Mary Nettle, Conni was the only girl among 7 siblings.  Growing quickly into a rollicking knockabout, Conni was one of a thousand screaming fans who met the Beatles when they landed in Midway Airport in 1964.  Instilled by the spirit of the 60s, Conni became a dedicated groupie to the Chicago rock scene, following bands like Styx, The Little Boy Blues, and Bangor Flying Circus all the way to California.  By 1968, she had returned to Chicago where she was swept up in the 1968 Democratic National Convention protests.

At the turn of the decade, Conni relocated to Tampa, Florida, where she spent the early 1970s tarring roofs, waiting tables, and working at the University of South Florida.  She also lived for a stretch on the beach on Anna Maria Island off Florida’s gulf coast.  During this time Conni took up photography, surfing, and became a hair stylist.  In the late 70s, her interests included running half-marathons, biking, and hiking, culminating in taking on the Appalachian Trail in 1979 where, at one point, she encountered a wild bear up close.   Her outdoor excursions would continue into the next decade and beyond; in 1989 she climbed Mount Katahdin in Maine.

In 1980, Conni gave birth to her first child, her daughter Erin.  Motherhood would do little to quell her gypsy ways, and by the end of the year she had moved to Pittsburgh, Pennsylvania, where she gave birth to her daughter Shawn in 1985 and son Patrick in 1990.  Her passion for exercise expanded to long-distance biking, and she biked the length of Florida, Iowa, and Indiana among many other states.

Conni proudly spent the duration of the 1990s obtaining her associates degree from Community College of Allegheny County, while raising three young children.  Graduating accomplished a long-term goal of completing her higher education degree decades after high school.  She would begin the millennium as an intensive care unit (ICU) aide at Shadyside Hospital and UPMC in Pittsburgh where she dutifully and passionately served.

In 2010, Conni visited Light on the Hill, a retreat in the hills of Van Etten, New York with a friend.  While there, Conni met Joanne Turnpenny and the two quickly became close.  Within a year, Conni had packed her bags once again and followed her heart to Ithaca.  On New Year’s Eve 2014, the two were married at the Wesleyan Chapel in Seneca Falls, New York.  In the seven years between meeting and Joanne’s passing, the two were inseparable, spending time enjoying musicals, birdwatching, traveling, and taking in the wilderness of New York.  In 2017, Joanne succumbed to breast cancer at age 52.

Between the two of them, their circle of dedicated friends, followers, and companions grew enormously.  Following the Presidential Election of 2016, Conni organized the Ithaca chapter of the National Women’s March.  She also volunteered at Greensprings Natural Cemetery Preserve and an active member of the local Democratic Party.   Wherever she went, Conni never met a stranger.

After Joanne’s passing Conni retired from the medical field but wasn’t ready to settle down.

Conni’s wanderlust soon returned: she, along with her grandson, packed her car and explored the continental United States, scouting the American Southwest and Pacific Coast.  Upon her return home in 2018, she was diagnosed with ovarian cancer.   Undeterred, Conni had the adventure she dreamed of by finally travelling abroad to Ireland.  Conni’s Irish walkabout lasted several weeks, during which she made new Irish friends, stayed in Irish homes, and witnessed up close the beauty of the Emerald Isle. It’s easy to imagine Conni, walking stick in hand, standing atop an Irish glen reciting Mary Oliver’s poem “The Summer Day:”

Tell me, what is it you plan to do

with your one wild and precious life?

Over her lifetime, Conni saw herself as an avatar for womanhood; a vicar for the empowerment of women and staunchly women-first.  She was self-reliant, bold and brazen, but always with a touch of humor.  She was both jokester and practical joker, often ruining either by bursting out laughing.  That same laugh was often infectious, causing those around to join in uncontrollably or not.  Her joie de vivre flowed endlessly into others and into everything she did -- from organizing marches, to tending to bed-ridden patients, to hiking trails and biking highways, to ultimately love and marriage.  Her passion was life itself and she never wasted any of it.

In her penultimate moment, among friends and family, she cracked a grin and said, “I won.”

Conni is proceeded in death by her parents and her wife Joanne (Jo) Turnpenny.

She is survived by: her aunt Pat Lamb of Michigan; her brother Sean Nettle of Homewood, Illinois; her daughter Erin Erck (Steve) of Portland, Oregon; her daughter Shawn Hill (Cary) of Pittsburgh, Pennsylvania; her son Patrick Allen of Ithaca, New York; her daughter Amy Beth Galton (Lanie) of Ithaca, New York; her sister-in-law Amy Lord of Winter Garden, Florida; and her sister-in-law Patti Nettle of Oak Lawn, Illinois.  She was grandmother to Zane, Greyson, and Max; and fun aunt to Riley, Dani, Brady, and Brad on one side, Amber, Sarah, Adam, and Emily on the other.

Memorial services will be Saturday, July 3, 2021, at 3:00 p.m. at Greensprings Natural Cemetery Preserve.  Any and all who were touched by Conni are invited and welcome to attend.  Reception to follow.

To order memorial trees or send flowers to the family in memory of Constance Susan Allen, please visit our flower store.