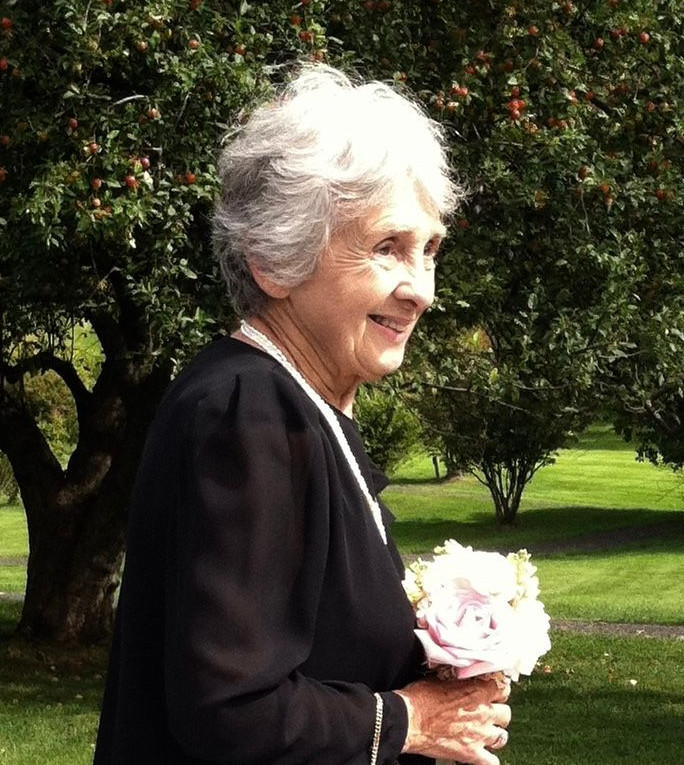 Carolyn Ethel Dorothy Eichelberger Montague, the lady whose name was as long as she was petite, died September 21, 2021 at Clare Bridge House at Brookdale Ithaca. She was 86 years old.

Born the youngest of four children to Theodore and Teresa Eichelberger of Lancaster, NY, Carolyn attended St. Mary’s on the Hill elementary and high school. Upon graduation she went to work as a secretary at New York State Electric and Gas, where she met her late husband, Lorne F. Montague. The couple married in 1956 and had six children: Claudia (Christopher) Wheatley, Michelle (Dennis) Mogil, Jennifer (Robert) Humes and Matthew (Christine), Nathan (Heather) and Anthony (Melanie Gulde) Montague. The family moved to Lansing, NY in 1967.

Carolyn was an engaged, outgoing member of her community. For many years, she wrote the “Lansing Town Talk” feature in the Ithaca Journal—a total of 571 columns about local people and events. An avid gardener, cross-country skier and knitter, Carolyn also enjoyed going to plays and concerts with friends. She was a longtime volunteer with the Lansing Food Pantry and an active member of All Saints Church. After Lorne’s retirement, he and Carolyn took numerous road trips across the United States. Their international adventures took them as far afield as Thailand, Australia, Egypt and Peru. Lorne died of a stroke in 2005, shortly after the couple returned from a trip to Egypt.

In addition to Lorne, Carolyn was predeceased by her parents; two siblings, James and Mary Ann Eichelberger; a sister-in-law, Patricia Urquhart, and a brother-in-law, David Montague. She is survived by her eldest brother, William (Elizabeth) Eichelberger, and sisters-in-law Mary (Rodney) Rudich and Dorothy (David) Montague. She leaves behind her children, 14 grandchildren, nine great-grandchildren and enough nieces, nephews and honorary kids/grandkids to populate a small village, all drawn to her by her humor, affection and generosity. They will miss her terribly.

In lieu of flowers, the family suggests donations to the Clare Bridge Associate Holiday Fund at Brookdale Ithaca, the Lansing Food Pantry and Birthright of Ithaca.

“Though she be but little she is fierce.” —William Shakespeare, A Midsummer Night's Dream

To order memorial trees or send flowers to the family in memory of Carolyn E. Montague, please visit our flower store.