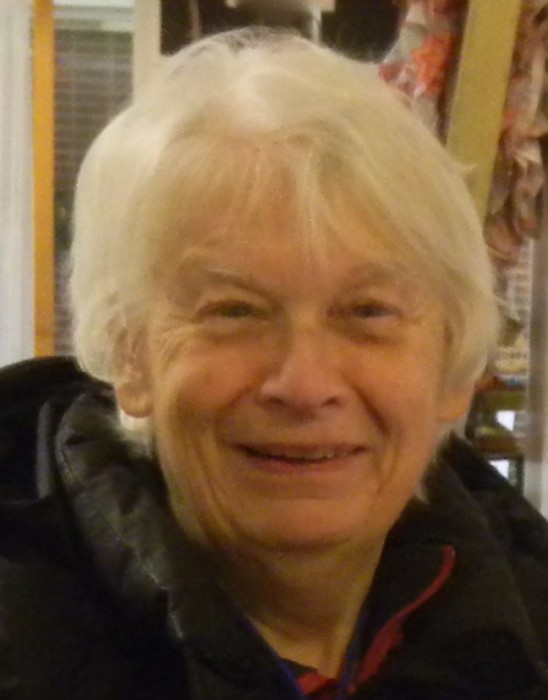 Caroline F. Spicer, 87, of Ithaca and formerly of Sevanna Park in Lansing, passed away on Saturday, August 4, 2018, at Oak Hill Manor Nursing Home, Ithaca.  Born on December 9, 1930, in Brooklyn, NY, she was the daughter of the late Nils Frederick and Sophie Kathryn Loeser Tengström.  Caroline earned her B.A. in English from Brooklyn College in 1953 and went on to attend Columbia University, where she first graduated with a M.S. in Library Service in 1957 and later with a M.S. degree in Japanese Literature. She married the late Howard Spicer in 1959. They moved to Ithaca in 1961.

Caroline was a passionate librarian, as well as folklorist and dancer.  At the reference desk in Cornell University’s John M. Olin Library since 1961, and later in the Asia Collections at Carl A. Kroch Library, she stood out through the help she gave to her colleagues and to researchers and authors of books.  She served on an early University committee on affirmative action and as head of a program to mentor minority-group librarians.  Caroline retired from Cornell in 2000.  In the early 2000s, she participated, along with Cornell Professors John Weiss and Wayles Browne, in teaching survey courses on Balkan history and culture.  As a folk musician, she played the tapan.

During the 1990s war in Bosnia, Caroline was active in Ithaca’s Bosnia Coordinating Committee and the national Students Against Genocide (SAGE) Coalition.  In the summer of 1995, she went with SAGE members to the White House to participate in an act of civil disobedience.  She stated, “It’s important for me to bear witness.  I remember being a kid during the Second World War and hearing [about] the concentration camps…I wouldn’t have believed then that in my lifetime I would be going to jail because some people were being persecuted in the same way.”

Caroline was a long-term treasurer of the Sevanna Park Condominium Association Board of Managers and board member of the Cornell International Folkdancers.

It was Caroline’s wish to participate in the Anatomical Gift Program at SUNY Upstate Medical University in Syracuse, where she can continue to help students learn.

Caroline’s friends would like to extend their appreciation to her caregivers during her final years, especially Dawn and Sam at Brookdale and nurse John at Oak Hill Manor.

A gathering of friends will be announced at a later date.  To leave an online condolence, please visit www.lansingfuneralhome.com.

To order memorial trees or send flowers to the family in memory of Caroline F. Spicer, please visit our flower store.