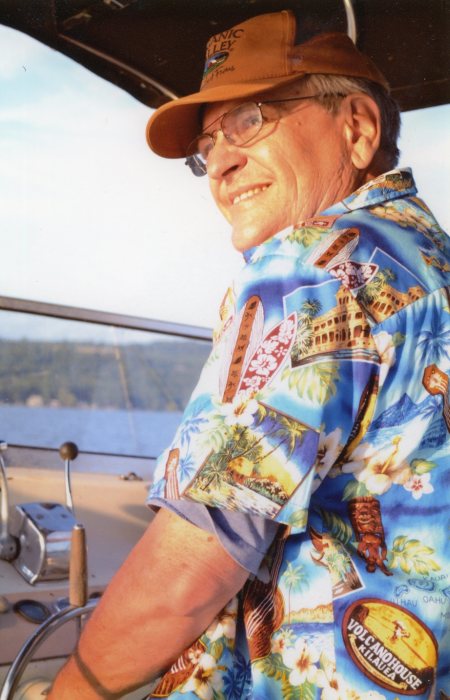 Chuck Benson of Lansing passed away unexpectedly at home on the morning of December 2nd due to complications from his lifelong battle with a spinal tumor.  Chuck was a Lansing native and graduated high school in 1965.  He completed a Bachelor of Science in Agriculture at Cornell University in 1969 and married the prettiest coed in Alpha Phi, Andra Weidenhamer, after a less than impressive first date.  The two of them spent the next two years in the mountains of Colombia with the Peace Corps teaching animal husbandry and nutrition.

Their marriage of 50 years was blessed with many children and grandchildren.  They opened their home to scores of foreign exchange students, fresh air fund kids, and foster children.  Chuck’s devotion to his family was evident by the way he worked to support them.  His career in dairy farming kept him active in local agricultural clubs and societies.  Before his retirement he converted the family farm to organic production, a testament to his love of the land.  Chuck also helped design and build their super green retirement home on the farm that overlooks Cayuga lake.

Chuck was a deeply kind man who expressed his loving nature through work, service, and song.   He was blessed with a beautiful singing voice and musical talent. He shared it with his family, a barbershop quartet, the church choir at All Saints, and with local nursing homes and senior’s organizations with his family singing group “The Generation Gap” which he eventually renamed “Unrehearsed” due to their lack of practice.  His family is confident that today he is singing with the angels for St. Peter, hopefully with more preparation.

Chuck is predeceased by his parents and is survived by his wife, siblings, children, grandchildren, and great grandchildren.  There will be a private green burial.  There are no scheduled calling hours.  A Memorial Mass will be celebrated at 1:00 p.m. on Saturday, December 14th, 2019, at All Saints Catholic Church, 347 Ridge Road, Lansing, NY, luncheon to follow.

In lieu of flowers, contributions in Chuck's memory may be directed to All Saints with the choir, Days for Girls, or Sewing Saints Chapter designated in the memo line.

To order memorial trees or send flowers to the family in memory of C. Charles "Chuck" Benson, please visit our flower store.