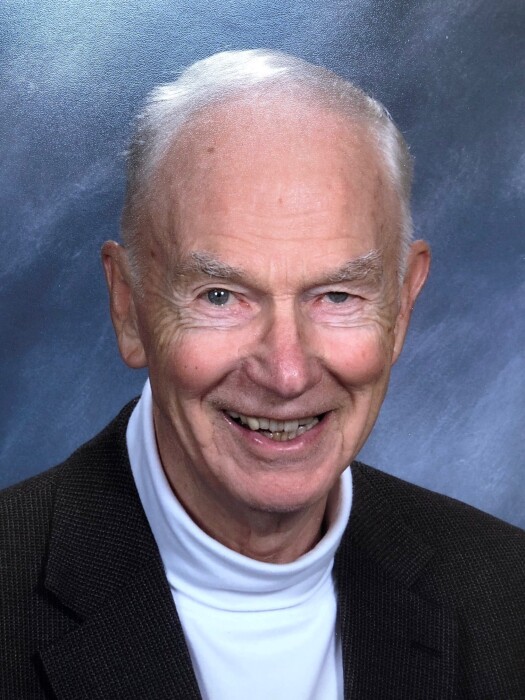 Bernard (Bud) Freeland Stanton passed away September 25, 2020 at Kendal at Ithaca. He was born on Old Homestead Farm in Westerlo Township, New York on August 3, 1925. Bud grew up on the small farm and was active in 4-H and the local dairy club as a boy. He graduated from Greenville High School in 1942 and, after working on the farm during the war years, received his BS degree from Cornell University’s College of Agriculture in 1949. Following graduate work at the University of Minnesota and a year at Oxford University as an Elmhurst Scholarship recipient, he returned to Ithaca and joined the Agricultural Economics faculty at Cornell in 1953. A blind date with Lara Kristjanson, who was visiting Cornell for summer coursework, led to their marriage in 1955.

Bud’s association with Cornell spanned seven decades. As a student in 1947, he was a proud member of the top Dairy Cattle Judging Team in the country and a livestock judging team that placed second nationally. He developed a love for choral music as a member of the Sage Chapel Choir, and was elected President of the Senior Men in 1948. He was an Agricultural Economics professor for 39 years, including eight years as department chair. His research was focused on farm management and production economics in the dairy, fruit, and vegetable industries in New York State and nationally, and the changing structure of agriculture and its impact on public policy, outlook, and farm management.

Sabbatical leaves in Washington, DC, Finland, Australia, India, and Belgium and guest lecturing appointments in Japan, China, and Slovakia enriched his professional and family life. Bud was an active member of the Agricultural & Applied Economics Association, serving as its president in 1978-79. He was named an AAEA Fellow in 1983, and also held leadership positions in the International Association of Agricultural Economists. In 2002, he was awarded an honorary doctorate from the University of Helsinki. Following his retirement as a Professor Emeritus in 1992, Bud worked part-time in Cornell’s Health Careers office from 1996 to 2008.

During his retirement, he authored two books published by Cornell University, Agricultural Economics at Cornell: A History 1900-1990 and a biography of George F. Warren: Farm Economist. Always industrious, Bud spent countless hours lovingly tending the roses at Kendal and, if he wasn’t reading or working on the Sunday crossword, you might find him teeing up on the golf course, singing in the St. Luke choir, playing bridge, or chatting over a cup of coffee.

Bud is survived by his children Margaret, Karen, and Randy, grandchildren Lara, Tim, Shannon, Kate, Sean, and Tom, and great-granddaughter Elenora. He was preceded in death by his parents Ethel Kniffen and Rhodell Stanton, his stepmother Harriet Cole Court, his brother Douglas, and his wife of nearly 65 years, Lara.

He will be interred this week at East Lawn Cemetery at a graveside service, and a celebration of life will be announced when conditions permit. The family is grateful to the staff of the Cayuga nursing unit at Kendal, who provided such loving care to Bud for the past four years. Memorial contributions may be made to the Dyson School at Cornell University or St. Luke Lutheran Church in Ithaca.

To order memorial trees or send flowers to the family in memory of Bernard "Bud" F. Stanton, please visit our flower store.