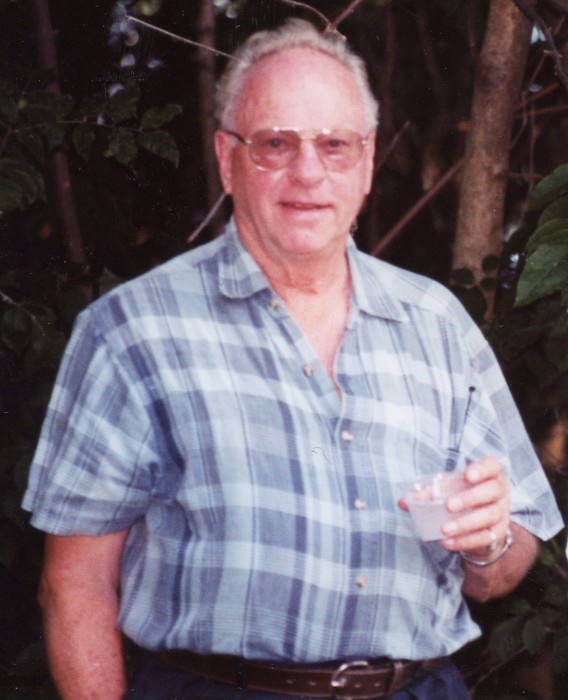 Bernard Frank Rick, 91, of Ithaca, passed away on March 10, 2020, at Seneca View Nursing Home in Montour Falls, NY.  Born on June 3, 1928 in Chicago, IL, he was the son of Eleanore and Richard Rick, and younger brother to Richard.  Bernie attended Lane Tech High School in Chicago, where he met the love of his life, Eleanor Maddock.  They were married on September 3, 1949 in Chicago and were blessed with 65 years of marriage until her passing on November 12, 2014.

Bernie and Ellie had their first son, Gary Richard, on August 1, 1950.  He was followed by Gail, Glenn and Geri.  As young parents, they both had adventurous spirits.  The first of many adventures was when they moved from Chicago to Los Angeles in 1956 when Bernie worked as a lineman for the phone company.  Higher education was important to both Bernie and Ellie and, with a family of four, they decided for Bernie to attend Fresno State University where he would go on to receive a BA in Sociology.  He had a calling for the ministry and began his theology studies at the San Francisco Theological Seminar in San Rafael, CA.  After seminary, he went on to work for the YMCA and the Fireman’s Fund Insurance Company.  Bernie also served in the National Guard.  The family would spend their summer vacations exploring all the National Parks in the West/Northwest.  Getting up early, going fishing with dad, and tubing down the rivers are some of the great memories from these trips that his children will forever cherish.

Bernie and Ellie decided to continue their adventure and move to the East Coast to a small town in NY, north of NYC, called Monroe.  It was here where Bernie began a very successful career with Western Union, serving as the key figure in creating Western Union’s mailgram.  During this stage of his career, Bernie and Ellie found their dream home in Blooming Grove, NY.  They called their beloved home Shalom.  In his very limited free time, Bernie spent his weekends building a barn and paddocks for Geri’s horse, Rex.

When Bernie decided it was time to step out of the corporate life, he and Ellie bought a rental store in Ithaca, NY, so they could start their own business.  Their son, Glenn, and grandson, Tony, would eventually join the business and take over the reins upon Bernie’s retirement.  Rick’s Rental World has become a busy and successful business.

When Glenn took over the business, it presented an opportunity for Bernie and Ellie to continue on with their great adventure.  They had a passion for traveling and started their next chapter with boating.  They initially enjoyed boating on Cayuga Lake, but their gypsy spirits encouraged them to explore more of the East Coast.  They cruised through the Erie Canal into the Hudson River, New York Harbor, and down to Hilton Head on their Trawler R-Gypsy 3.

After a few years of living on their boat, they decided to travel on land in their RV, exploring the East Coast down to Florida, where they settled in Port Charlotte.  They would go on to split their time during their retirement years between Ithaca and Florida.

To his children, Bernie was an incredibly strong and faithful man; a gifted counselor and so wise.  He was a spiritual man with a deep faith.  He had an incredible work ethic, which he instilled in his children.  He lived by the mottos “work hard, play hard,” and “everything in moderation” (except work).

Bernie never complained. When you asked him how he was, he always said “fine.” He always had a sense of humor, sense of peace, balance and desire for adventure. “Steady as she goes” is how his children will remember his demeanor.

He and Ellie loved music and dancing. He was light on his feet and loved doing the jitterbug.  He is the most amazing dad you could ever have. We were all so blessed to have him for all of these years.

Bernie’s family would like to extend their sincere appreciation to Dr. Benjamin Saks and the staff of Schuyler Hospital and Seneca View Nursing Home Unit Two, where he was a resident for almost four years.  Seneca View has a culture of caring and the staff is truly remarkable.

A memorial service will be held on Sunday, July 3, 2022, at 1:00 p.m. at Lansing Funeral Home, 32 Auburn Road, Lansing, NY 14882.  We kindly request that those who plan to attend avoid fragrances such as cologne and perfume.

To order memorial trees or send flowers to the family in memory of Bernard "Bernie" F. Rick, please visit our flower store.

Please avoid fragrances such as cologne and perfume.