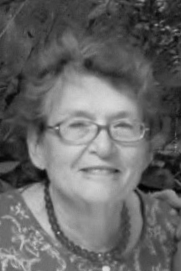 Barbara Ruth Noyes passed away peacefully on July 3, 2018, while being read to by her youngest son Peter Biddle (Heather Hutchinson) of Seattle, Washington. An avid reader of all genres but a lover of children’s literature, it was fitting that she transitioned while hearing the words of Ferdinand, Andrew Henry’s Meadow, and Peter’s Long Walk. In addition to Peter, Barbara is survived by daughter Eleanor “Ellie” Biddle (Tom McCarthy) of Ithaca, NY; sons Edward Biddle (Ridgely) of Katonah, NY, and Robert Biddle (Ariel) of Annapolis, MD; as well as nine grandchildren and four siblings: Thomas Noyes of Portland, OR, Jane Noyes Bancroft of West Lebanon, NH, James Noyes of Carbonsdale, CO, and Brock Noyes of Portland, OR.

Barbara was born in Hanover, New Hampshire, in 1937, the first child, to Elliot B. and Martha Noyes. Apart from living in Iowa City, IA, during WWII where her father was stationed in the Navy, she grew up in Hanover, NH. After graduating from the Mary Burnham School in Northampton, MA, she briefly attended the University of Michigan. It was during the fall semester that she was swept away by a charming William “Bill” Biddle and they were married in Hanover in 1956. They spent the next 22 years following Bill’s career in private secondary schools as an English teacher, outdoorsman and administrator. They lived in Dedham and Northampton MA, Winnetka, IL, then settling in Holderness, NH. During this time while raising her children and meeting the demands of being a faculty spouse, she wrote a weekly column in the Plymouth, NH, local paper, the Record-Citizen. Barbara was witty and wise, well-read and had a gift for the written language. She was a voracious writer of all kinds. In addition to her column she wrote a published essay, stories of local news as a journalist and was a prolific letter writer. Up until a few months before her death she was still writing letters weekly to friends and family.

In 1978, when she and Bill separated and later divorced, she moved to Boston, MA. There she pursued her own career while finally receiving a bachelor’s degree from Boston University. In 1984 she returned for a decade to New Hampshire working as a journalist with Foster’s Daily Democrat and as a researcher in alumni affairs with Phillips Exeter Academy and later Dartmouth College.

Wishing to be closer to family, Barbara moved to Ithaca in 1998 where her youngest child, Ellie, had just become a new mom. Barbara subsequently participated in the lives of all her grandchildren: Ellie’s sons Liam and Flynn, Peter’s sons Elliot and Jedric, Ed’s daughters Pippa, Martha and Abigail, and Bob’s sons Sam and James.

In Ithaca she found the balance of “city” happenings, and small-town familiarity. She quickly made Ithaca her home. It was there she met and married Marvin Goldstein. They enjoyed life’s adventures together for several years until his death in 2006. Afterwards Barbara made her home in Titus Towers for a time and then Longview.

Barbara was outgoing, happy to talk to anyone and soon became a familiar face about town. She took part in numerous organizations, volunteered with Loaves and Fishes and the Family Reading Partnership where she adored reading each week for years to the children at a local daycare. Church was always a part of Barbara’s life and after a lifetime of celebrating in the houses of different faiths she eventually made the First Baptist Church of Ithaca her home of worship. She loved her church community and it was evident the feeling was mutual.

Barbara enjoyed life. She loved long walks, wildflowers, books, singing, swimming, drives in the country, a rare steak, a wicked joke, her men, her friends and her family. Her love of nature led her choice to be laid to rest in Greensprings Natural Cemetery Preserve in Newfield, NY, where a private family burial service was held on Friday, July 6, 2018.

A Celebration of Barbara’s life for friends, family and community will be held at the First Baptist Church, 309 North Cayuga Street, Ithaca, NY, on Saturday, October 6, 2018, at 3:00 p.m., followed by a reception. All are welcome.

Contributions/memorials can be sent to the First Baptist Church, 309 North Cayuga Street, Ithaca, 14850, or made in her name online to the Family Reading Partnership at http://www.familyreading.org/giving/ or simply by reading to a child or loved one. The gift of a book can never be overstated.

To order memorial trees or send flowers to the family in memory of Barbara Ruth Noyes, please visit our flower store.