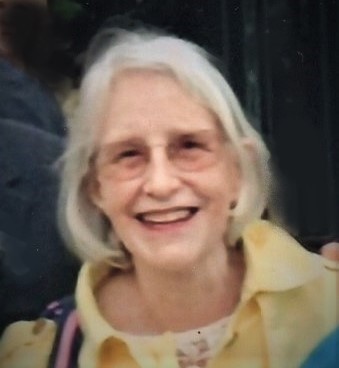 Born Feb 15, 1938, in New Orleans, La., she was a daughter of the late Norman Lindsley and Edith Kirk Davidson. Her father was a well-known breeder of Aberdeen Angus beef cattle and a dedicated conservationist. She is survived by sisters Janet, widow of Howell B. (Barry) Pennell Jr., Berwyn, Pa., and Sarah (“Sally”), wife of F. Peter Brodie, Radnor and Eagles Mere, Pa.; brother N. Lindsley Davidson, husband of Kristin Tobias, Lansing, N.Y.; six nieces and nephews; and a host of friends.

Ms. Davidson grew up on her family farm, Dalkeith, Kennett Square, Chester Co., Pa., and graduated from George School, a private Quaker boarding and day school near Newtown, Bucks Co., in 1956, before entering Cornell University, Ithaca, N.Y., from which she graduated in 1960.

She enjoyed diverse and exciting careers, realizing one dream by being hired as a reporter by Newsweek magazine. While at Newsweek, she also served as ghostwriter for the autobiography of Martin E. Cohen, O.D., Bets Wishs Doc: A Dynamic Approach to Learning Disabilities, published in 1974 by Arthur Fields Books/Dutton. Dr. Cohen is a highly respected optometrist specializing in children’s developmental problems.

Ms. Davidson’s next venture was purchasing a property in Sag Harbor, a historic village on Long Island, which launched an entirely new career. She enlarged the property to a multi-unit dwelling, acting as general contractor and singlehandedly tackling the finishing work. More building projects led to an interest in interior design, prompting her to study at The New School/Parsons (originally the Parsons School of Design) in New York City. She went on to earn a degree in architecture from City College of the City University of New York. Most notable of her career at this time was her association with Architects/Designers/Planners for Social Responsibility (ADPSR). Her collaboration with ADPRS secured early architectural commissions, as well as enabled her to participate in the organization’s projects noted for their social impact in post-Hurricane Katrina New Orleans.

An individual of many interests, she studied art in England and Europe. Her talents included painting and writing and illustrating children’s books. Ever the inquisitive student, Ms. Davidson—as recently as August 2019, at the age of 81— traveled to England to study at Christ Church College of Oxford University.

Later in life she enjoyed hiking with the New York/North Jersey Chapter of the Appalachian Mountain Club , and backpacked by herself the entire length of the Long Path Long Distance Trail, running 358 miles along the west bank of the Hudson River from the George Washington Bridge in Fort Lee, New Jersey, to its terminus near Albany, N.Y. She had had also backpacked the famous 156 mile-long Cathar Way in southern France, in addition to hiking the Oxford Canal Path and the Thames River Path, both long-distance trails, in England.

Contributions in Barbara L. Davidson’s memory can be made to the AMC at: Appalachian Mountain Club, 10 City Sq., Suite 2, Boston, MA 02129-3740 or by visiting www.outdoors.org/honor-memorial-gift.

To order memorial trees or send flowers to the family in memory of Barbara Langford Davidson, please visit our flower store.