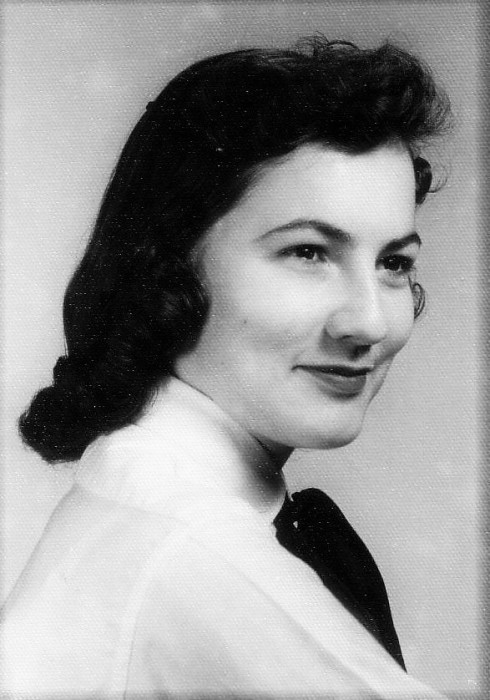 Barbara Jean Bills, 78, of Lansing, NY died at the Cayuga Medical Center, Ithaca, NY on February 9, 2020 after a short illness. Born in Adrian, MI on November 4, 1941 to Clifford and Marie (Hagen) Jarboe, Barbara was the youngest of nine children and spent her early years on her parents’ farm near Adrian. She graduated from Adrian Catholic Central High School in 1959. After graduating, she was employed in the office of a local insurance agency in Adrian.

She met the love of her life, Nelson Bills, on a blind date when she was 16 years old. She and Nelson married when he was an undergraduate student at Michigan State University. They began a 59-year journey that included three children and numerous relocations to accommodate his employment in Washington, DC and study for graduate degrees. Barbara and Nelson relocated to Lansing, NY in 1973. Barbara was the anchor for the family during those years and worked selflessly to meet their needs. In the late 1970’s she rekindled her interest in property and casualty insurance and was employed by an insurance agency in Ithaca; she later obtained her broker’s license and assumed part ownership of that business before retiring in 1992.

Barb was dedicated to community service. She served a term on the Board of the Lansing Central School and was active with the Tompkins County Chamber of Commerce before her retirement. She served on the Board of Directors of the Woodsedge Senior Apartments in Lansing for many years and managed/dispatched a Town of Lansing van that volunteers used to transport seniors for shopping or medical treatment. She volunteered at the Lansing Food Pantry. As a parishioner at All Saints Catholic Church, she assisted with parish fund raising efforts and countless activities organized by the parish Social Ministry to support community needs.

Travel was one of her main passions. Journeys to Michigan, Florida and the Southern Maine coast were always on the menu. She lived in Japan on two occasions during Nelson’s sabbatical leaves from Cornell and enjoyed many vacations with him in the UK and France, along with visits to Slovakia, Austria, Hungary, and Germany. Many destinations were in the States, but vacations in Canada were a staple as well, as evidenced by trips to the Maritimes, Newfoundland, Vancouver Island, Toronto, Ottawa and the Thousand Islands Region. At least one ride on a tour boat or car ferry was always on her mind during these junkets and scoring one was usually judged to be the hallmark of a successful travel adventure.

Honoring Barbara’s wishes, a memorial mass is planned at All Saints Catholic Church, 347 Ridge Rd, Lansing, NY at 11:00 a.m. on Saturday, February 29, 2020, with a luncheon immediately to follow. A second memorial mass will be scheduled in Adrian, MI at a later date. In lieu of flowers, the family suggests that contributions be made in her memory to All Saints Catholic Church, 347 Ridge Road, Lansing, NY 14882 or Hospicare, 172 E King Rd, Ithaca, NY 14850.

To order memorial trees or send flowers to the family in memory of Barbara Jean Bills, please visit our flower store.