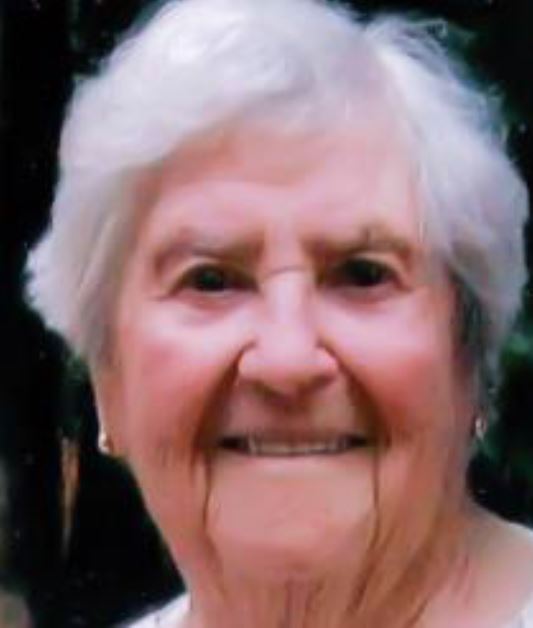 Anna S. Beckwith of Lansing died Saturday, March 2, 2019, at age 98.  After a long, fruitful life in Lansing, she recently moved to live with her daughter in Manlius and enjoyed a round of weekend parties as many of her children, grandchildren, great-children and friends were able to come see her.

A lifelong communicant of All Saints Church in Lansing, Anna served on its parish council and, for a number of years, led a small prayer and Bible-study group. She worked for many years with young people in the 4-H programs of Cornell Cooperative Extension, teaching plant science, animal science, nutrition, and recreation, and serving as day-camp director and director of summer programs. She had returned to school in mid-life, earning at age 50 an associate’s degree from Tompkins Cortland Community College. She also attended clown school, and entertained children and adults as the clown “Miss Annie.”

Anna served on the boards of directors of several local agencies and shared her Cooperative Extension knowledge as a guest on local radio programs.  She was a life member of the Lansing Senior Citizens Group.

In addition to raising her own seven children, she was foster mother to at least seven other children.

Anna was preceded in death by her husband of 58 years, George A. Beckwith, in 2000; son, Jeffrey A. Beckwith, at age 39 in 1995; brother, John Smith, of Lansing; John’s wife Evelyn; daughter-in-law Linda Beckwith; son-in-law Edward Trainor; and, very recently, by her sister Mary Polanski of Nazareth, PA.

In lieu of flowers, contributions in Anna’s memory may be directed to All Saints Church, at the address above, or to Hospicare of Tompkins County, 172 E. King Road, Ithaca, NY 14850, or to a charity of your choice.

To order memorial trees or send flowers to the family in memory of Anna S. Beckwith, please visit our flower store.