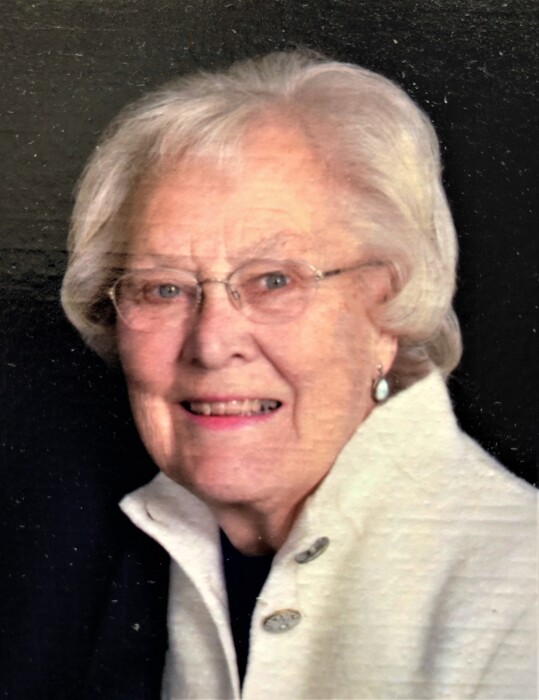 Ann received a Bachelor of Science degree in clothing construction from North Dakota State University in 1955.  She taught elementary school in Ozark, AL, and Home Economics at Sexton High School in Lansing, MI.  Later in life, she helped organize an innovative Home Economics teaching program at Ithaca High School and taught adult education classes through the Board of Cooperative Educational Services.

Ann was known for her gentle leadership style in everything she did. She held positions in numerous organizations including President of the Cornell Campus Club, Coordinator of the Cornell Gourmet Club, Coordinator of the Cornell English as a Second Language Program, and Chair of the Cornell Host Family Program. She also participated in the Cornell Club’s golf activities.  Ann was President of the P.E.O. Sisterhood Chapter AF for two terms, co-chair of Nan Leming’s State P.E.O. Convention, and Chair of the New York State P.E.O. Scholarship Committee.  She was also co-director of the Dewitt Historical Society Tour Group for six years.  Ann was Chair of the Stewardship Board at the First Congregational Church and a member of the Board of the Protestant Cooperative Ministry.  At Kendal, Ann was an active participant on various committees and the exercise program.

In the 60s, Ann and her family lived in Pakistan, India, and Lebanon.  In the 70s, they lived in Indonesia, and in the 80s, in Israel.  These experiences provided a rich appreciation of these cultures and cuisines, which she added to the Scandinavian heritage she passed along to her children.  In Ithaca, Ann and her family hosted exchange students from Australia, the Philippines, and Sweden.  She sang in the First Congregational Church choir, an Ithaca High School production of Bye Bye Birdie, and the Women’s Chorus at the Universitas Gadjah Mada in Yogyakarta, Indonesia.

In addition to her husband and children, Ann is survived by her sisters, Dorathea (Alan) Morbeck and Kristen (Leonard) MacKey, her sister-in-law, Marlys Ensrud, and by her loving grandchildren: Kaylie (Tripp) Pearce, Alexander, Krislyn, David, Naomi, Carly, Peter (Natalie), Theodore, Reed, Samantha, Erika, Lydia, and Zachary.  She is predeceased by her parents, her brothers, Donald and Peter, and her angel, Clara Mason.  Ann leaves behind a legacy of relationships throughout the world, and was loved and admired in recent years among the staff at Kendal and HospiCare.  Memorials may be made to the charity of your choice.

To order memorial trees or send flowers to the family in memory of Ann Marie Erickson, please visit our flower store.